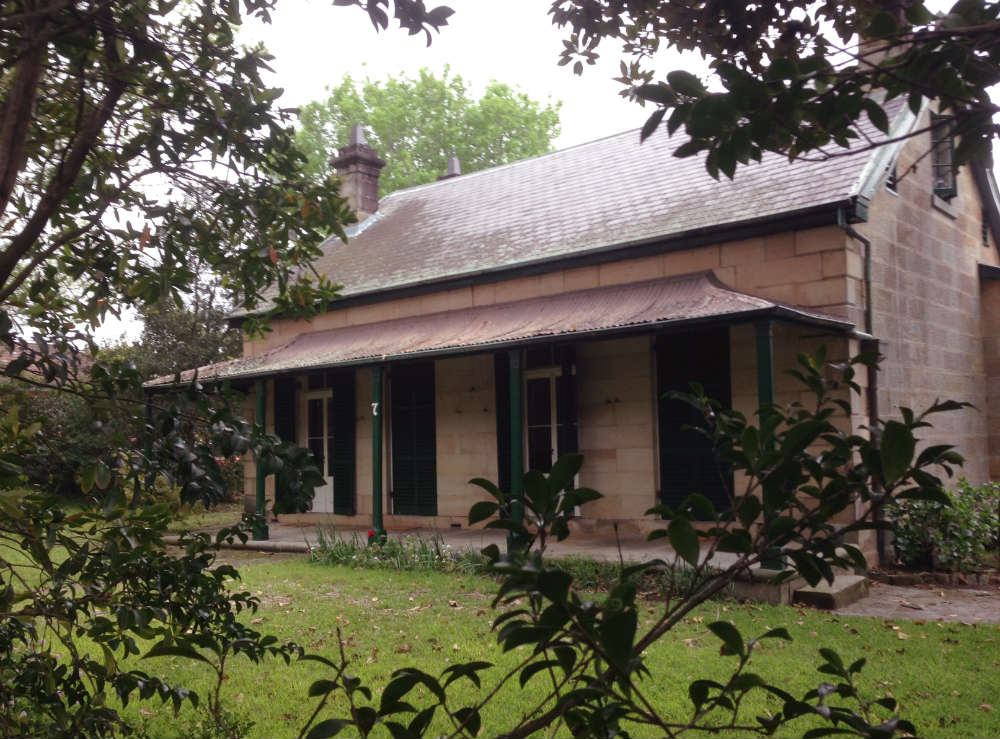 This site was sold by Ambrose Foss to William Wright and he built the house in about 1860. In 1861 Wright let the house to Mrs Clapham and in 1864 it was owned by Dr J. Gerard; the mortgage was held by Wright until 1878. In 1878 Dr H. Rickards bought the house and from 1883 to 1889 Leopold Hippolyte Delarue, gentleman and jeweller (son of Hippolyte Delarue, famous silversmith and engraver), owned the house calling it Berck, according to a descendant, then Vatua. For a few years after 1889 Thomas Salter, solicitor, lived either here or in a house where the Hunters Hill hospital now stands while he built Brynnalt (now demolished and replaced by units called Brynnalt). From 1922 Marion Emma Shelley, wife of Harry M. Shelley, owned this house which was occupied by John Duck (see 5 William Street). From 1909 the house was called Lucknow, later The Lodge and then Winden.