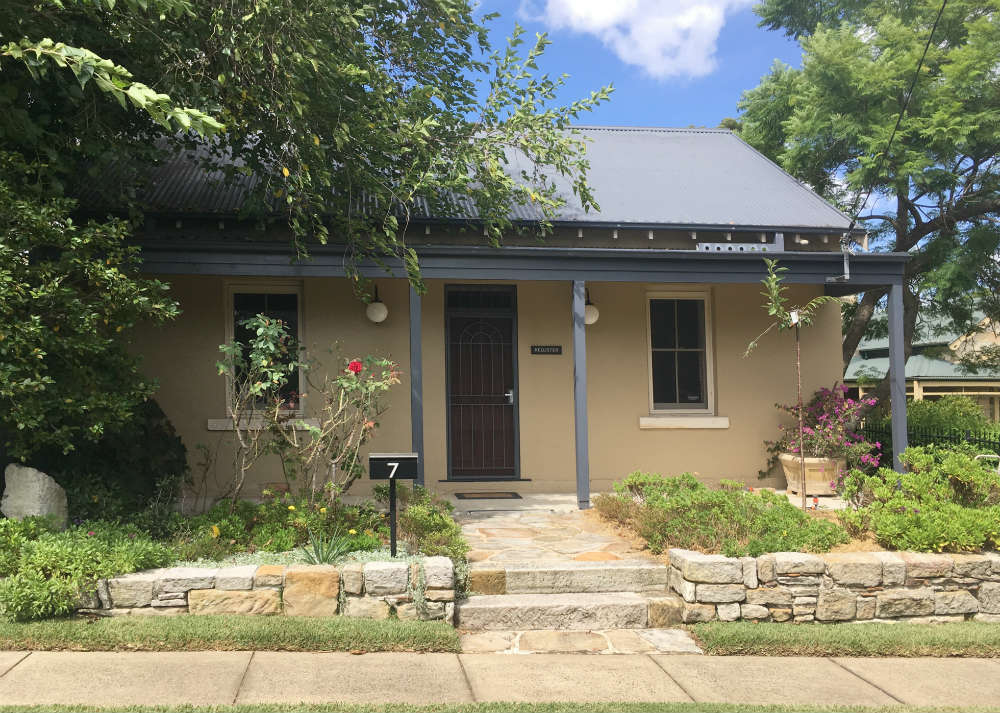 In 1878, the land within Mount, Alexandra, Ferdinand and Madeline Streets was owned by Felix Cullen who took out mortgages to finance the building of houses in this block, renting and then selling them. Most of the houses can be dated by mortgages related to title deeds and by the occupants who appeared in Sands Directory. 7 Madeline Street appears to be an 1880s building which may also have been built by Felix Cullen as, while it is rendered brick and most of Cullen’s other buildings were of stone, the generic central corridor with two small rooms either side and some of the detailing, are typical of his other houses at 1, 3, 5 Madeline Street and 15 Mount Street. Other design features are markedly different, although the roof form is not unlike 16 Alexandra Street. It was renovated in 2004/5 with bricked up arches, roof timbers, foundations and window sills being returned to their more original form and the central hall once again opening through to the back.