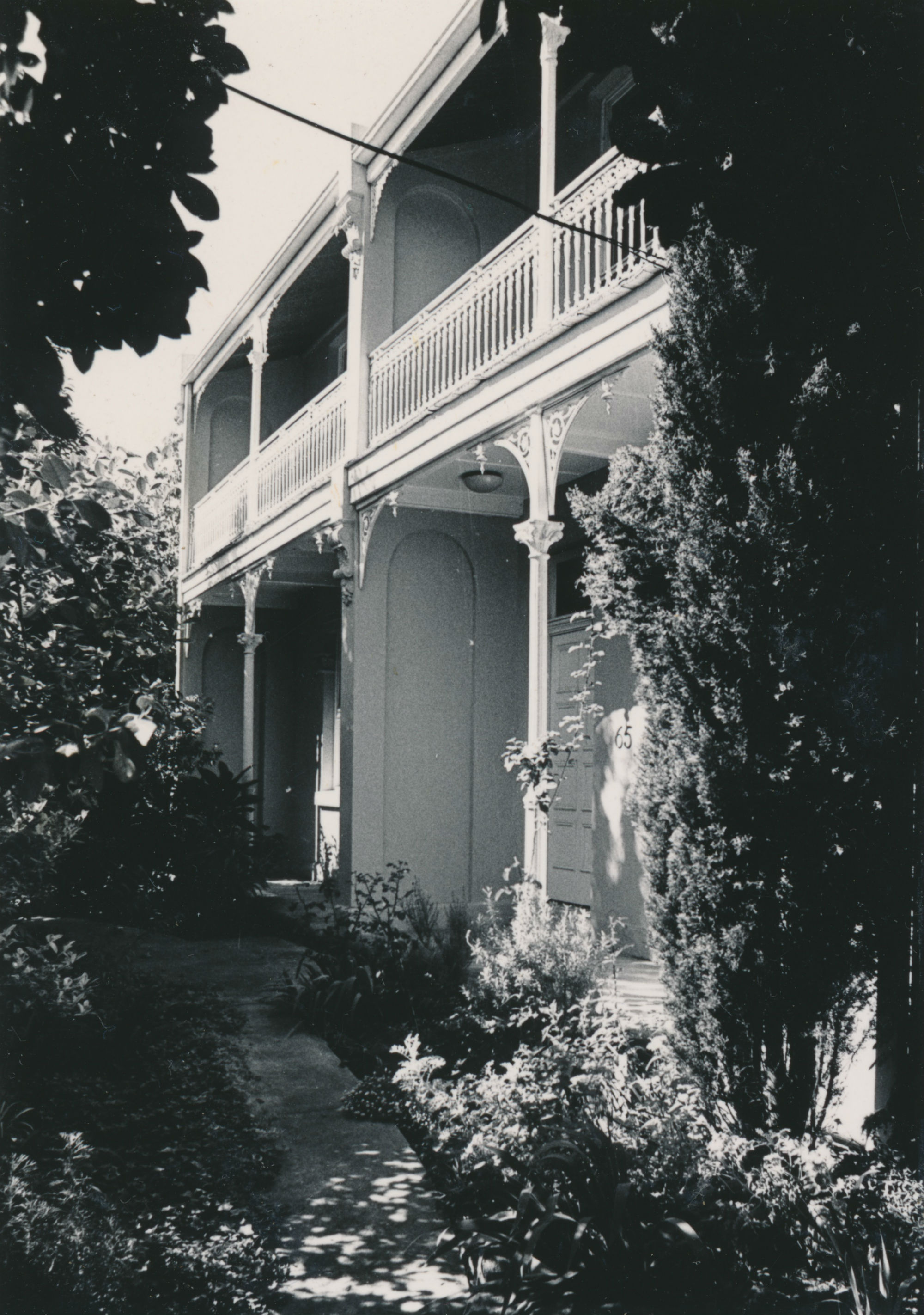 This pair of six-room brick houses was built in 1885 for Edward Foxall, manager, Mutual Providence Society. He first appeared in Sands Directory here in 1887. By 1900, no. 67 was called ‘Denholm’ and Mr Frederick Grout appears to have lived here until 1915. Mrs Mary Cook was the next resident and then by 1930, Joseph Massey an organist at St Andrew’s Cathedral Sydney, was listed here. No. 65 was called ‘Kinross’ and was lived in by Robert Henderson.