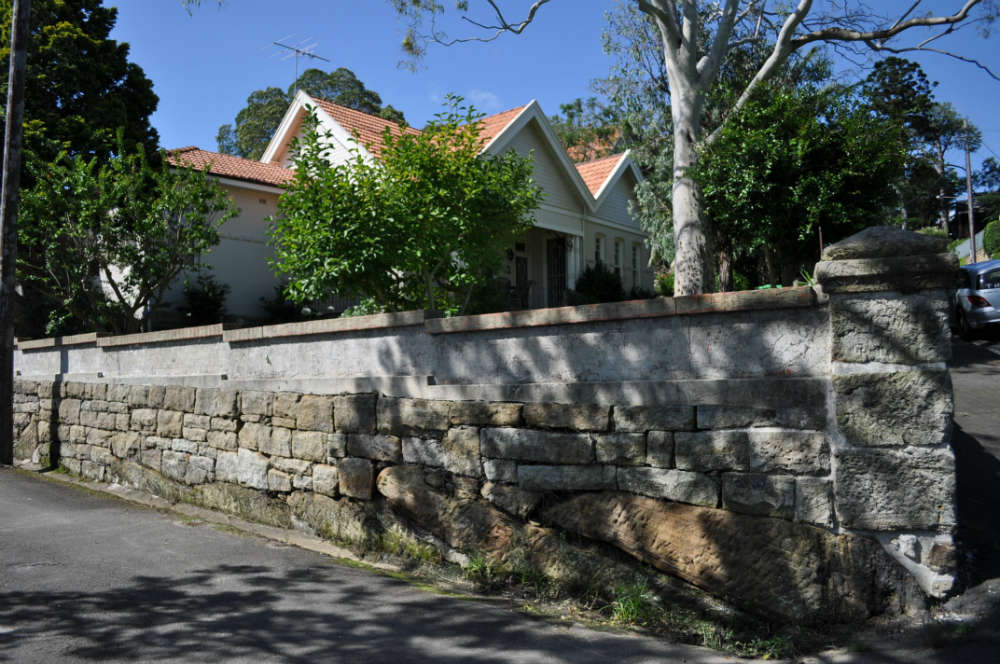 This house is believed to have been completed around 1892 with the property then owned by the Jeanneret family. The house is shown in a plan of 1907 advertising Cuneo’s Paddock Subdivision. In 1914 the property was acquired by William Hubert Manning, barrister. Early Federation rendered brick cottage with slate tiled gable roof and prominent cross gable over front verandah. Appears to be contemporary with 4 Ferry Street. A good characterful example of early 20th century domestic architecture on the peninsula in position visible from Parramatta River.