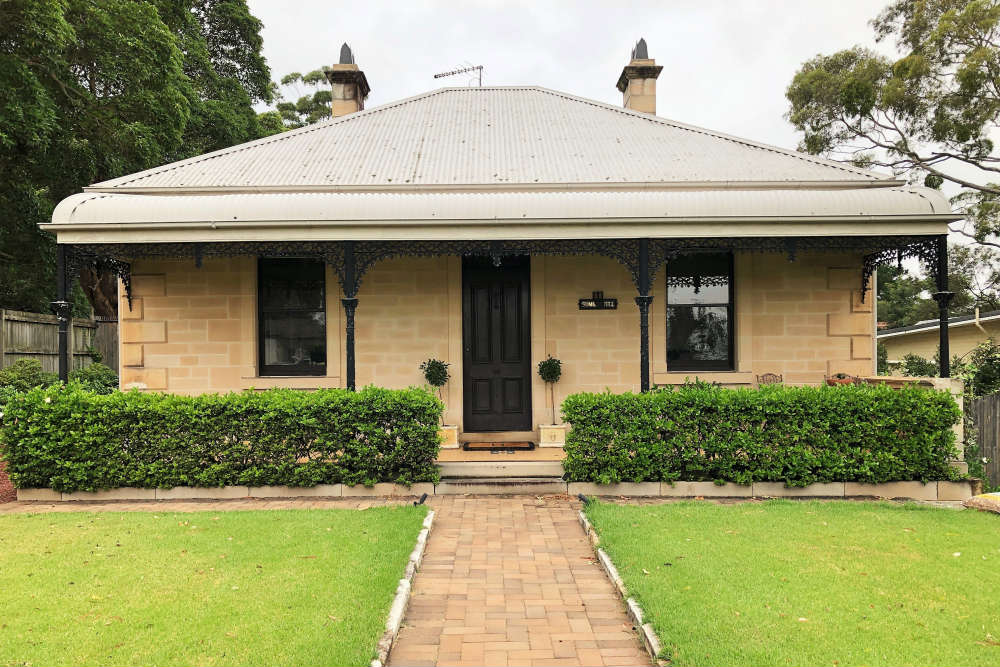 The original site was was included in Everard’s grant of 1798 and was part of its subdivision in the early 1880s. The house, then called Wellwood, was built by William Swindail who is recorded as living in the home from 1885 to 1899. His work included some of the masonry on St Mary’s Cathedral, Sydney. In 2009 the original larger property was subdivided, allowing the heritage building to be sold separately from the remaining part of the site. The house unoccupied for many years was on the verge of structural collapse but was then stabilised and the fabric of the building conserved or repaired with similar materials. The front of the house has the typical cottage plan with a central hall and two rooms on either side, all with fireplaces.