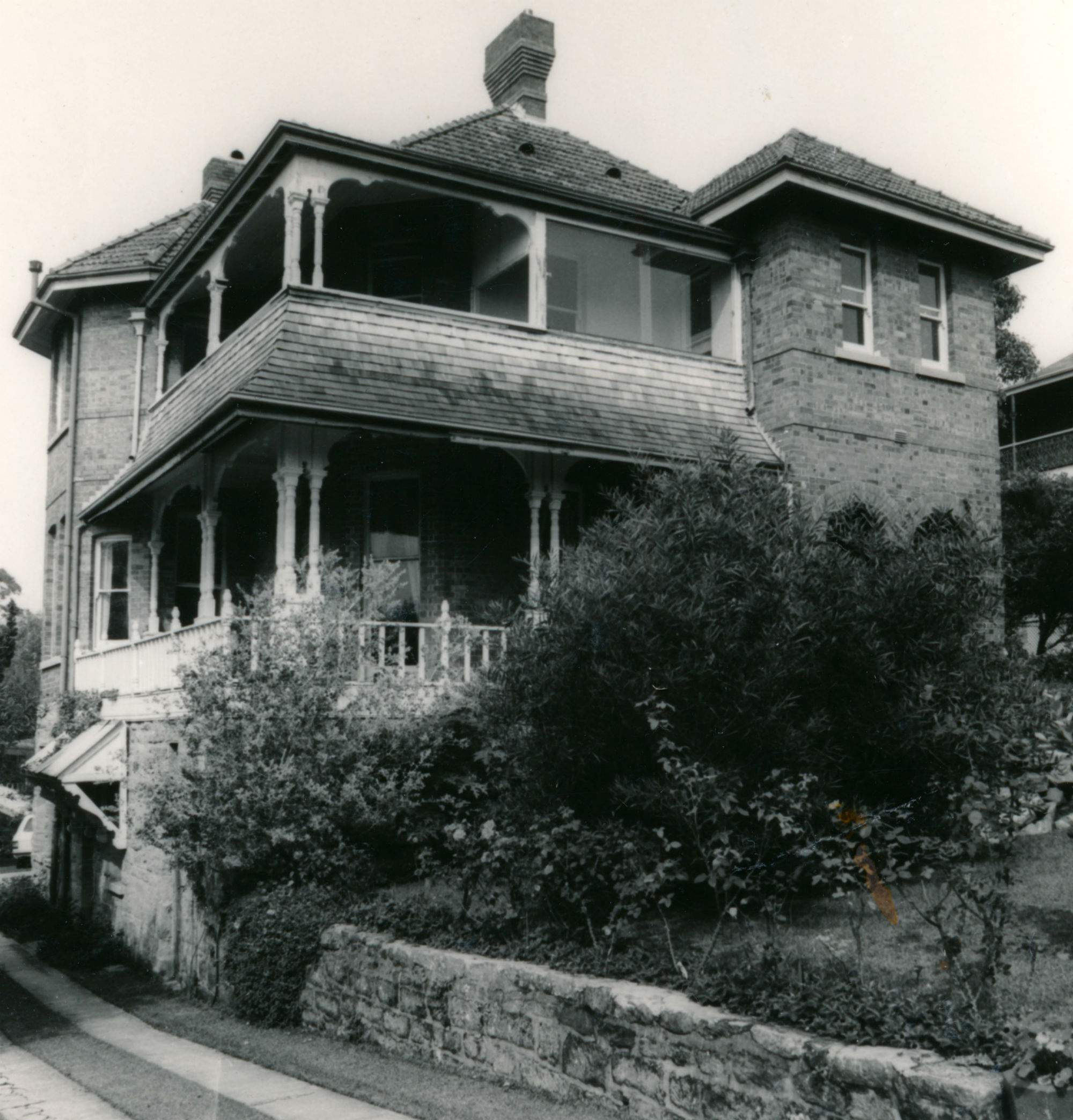 This house was built for Sydney S. Thomas, a representative of Brooks Cotton; it was first listed in Sands Directory in 1893. Thomas had lived at Moocooboolah since 1884 and built Orroroo next door, with a lawn tennis court between the two houses. Arthur Budden moved into Moocooboolah and his son, architect Henry Budden, married Mr Thomas’s daughter. Orroroo displays architectural innovation for its time, as in the use of shingles and the combining of polychrome brickwork with a rusticated sandstone base. It was built on three levels with a billiard room on the lowest. Miss Budden, whose school house adjoined Orroroo at the back, used the billiard room as an extra classroom. After Mr Thomas died, the house was let until 1920 when it was bought by William Wise, a town clerk of Hunters Hill, and he and his family lived here until 1945. For a long time the building was divided into flats and the tennis court was built upon. Orroroo has now been returned to a family home.