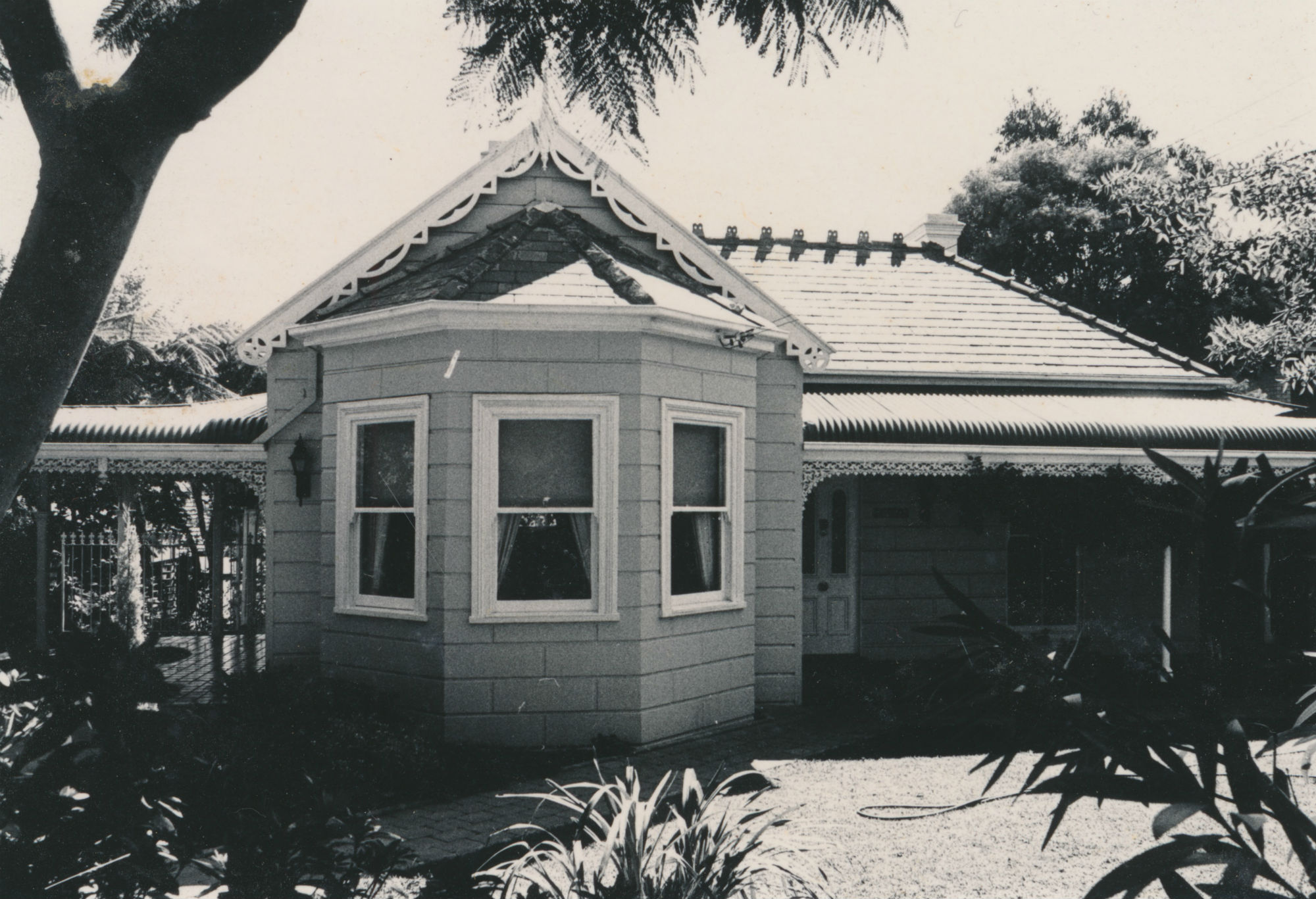 Frederick Cameroux, marine engineer, bought this land in 1887 from A.T. Weary. Cameroux had come to Hunters Hill in about 1885 to take charge of the workshops of Jeanneret in Fern Bay. It is said that the carpenters who came from France and who did much of the joinery work on Wybalena, built Helensleigh of cedar on stone foundations. In 1889 Cameroux paid nine months rates on a weatherboard cottage on Lot 6, Sunnyside North. From 1890-1892 Helensleigh Ladies School was conducted here under Principal Amy Cameroux. The adjacent land extended from Serpentine Road to Gladstone Avenue and to the rocks above Vernon Street. Prior to 1914, the rocks section of land was purchased by Dearman; the remaining land stayed more or less as virgin bush until the death of Helen Cameroux in 1928.