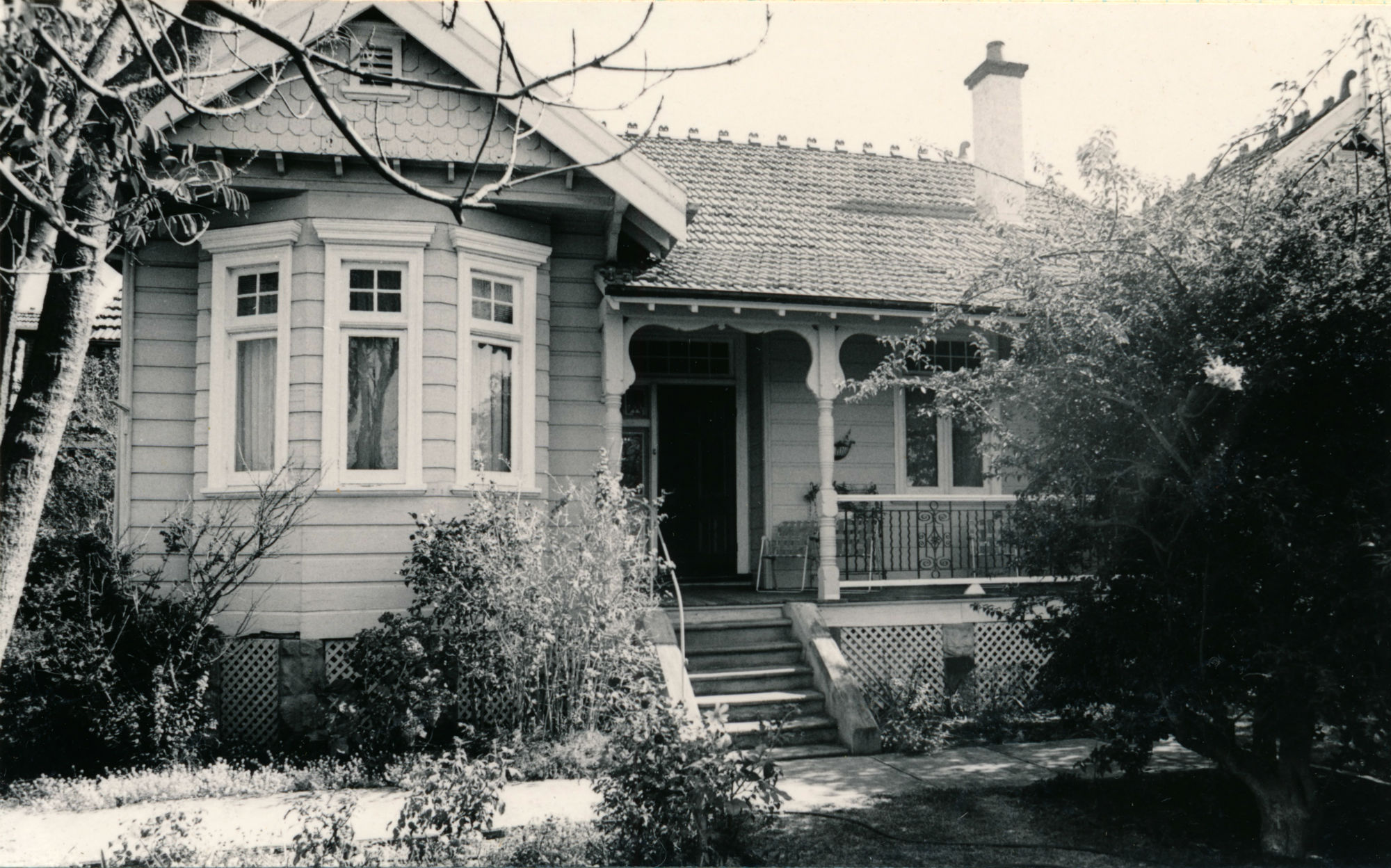 The land, including the site of 56 The Point Road, was part of Governor Bourke’s 1835 grant to James Chisholm the Elder. This Federation property was owned in 1892 by three sisters named McMaster and incorporates many features of the period including shingled gables, turned verandah posts and ridge capped tile roof. In 1902 they sold to newly married Basil W. Turner, a consulting metallurgist, analytical chemist and assayer, living at Clunes, 56 The Point Road.  In order to carry out his practice, he built a three room wooden laboratory at the rear of no. 58 fronting Werambie Street. Here Basil Turner founded the Woolwich Chemical Company and in 1904, the Weisbach Light Company of Australasia asked him to supply collodion for use in their gas mantles which called into being an ether plant in the garden, as ether was one of the solvents used in the manufacture of collodion. In the early months of the First World War, the Australian Government turned to Basil to provide anaesthetic ether on a large scale and after the war the Woolwich Ether Factory was supplying ether to hospitals in every capital city in Australia and New Zealand.