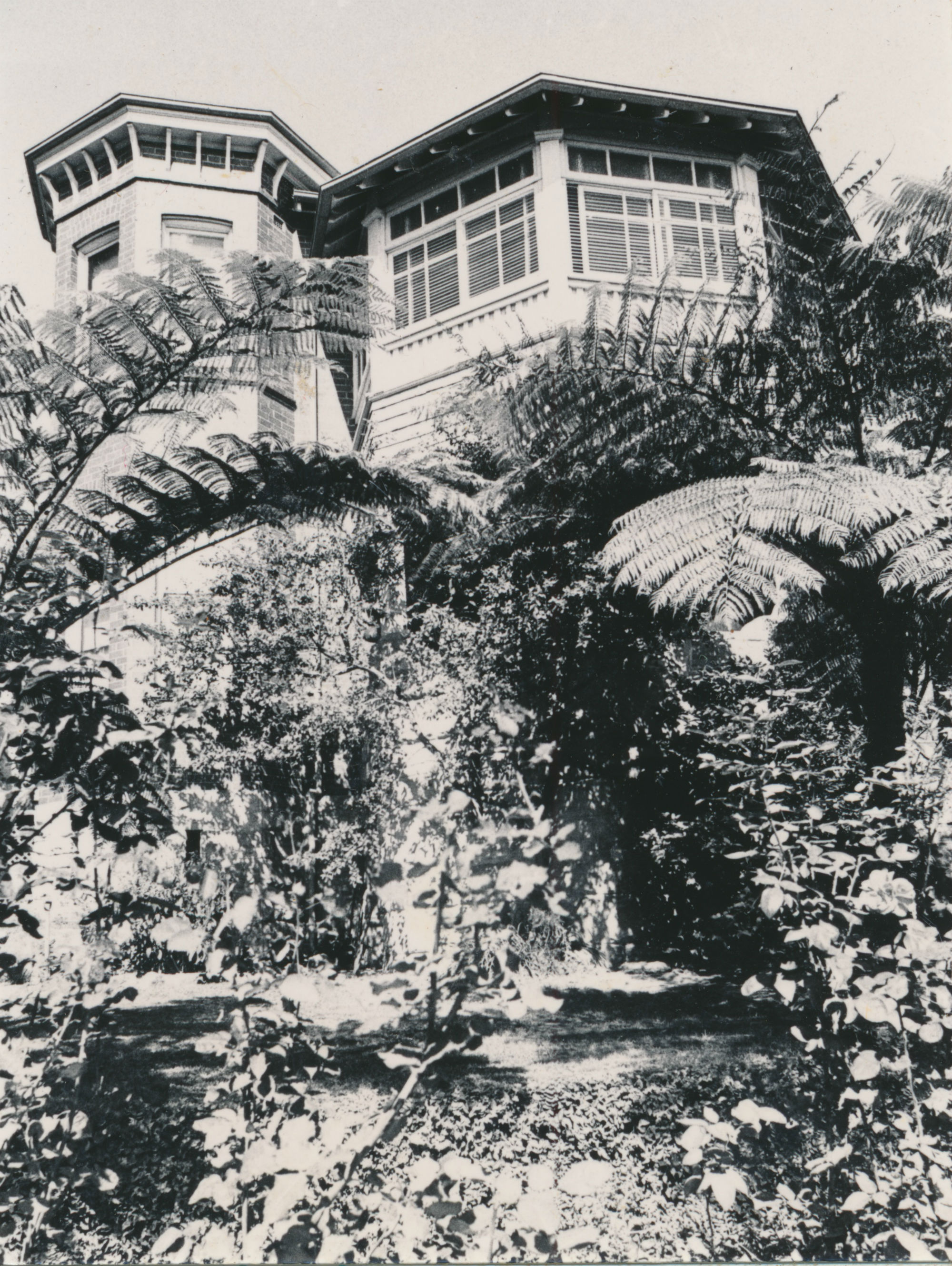 This house was built in about 1906 and first listed in Sands Directory in 1908 as Te Roma, the home of Henry Howell. It incorporated a doctor’s waiting and consulting rooms on the Woolwich Road side, while the front of the house faced the Lane Cove River. During World War II it was converted into flats but has since been restored. The exterior shows details of the Federation period, including polygonal geometry with asymmetrical massing and an extensive base of rusticated sandstone blocks.