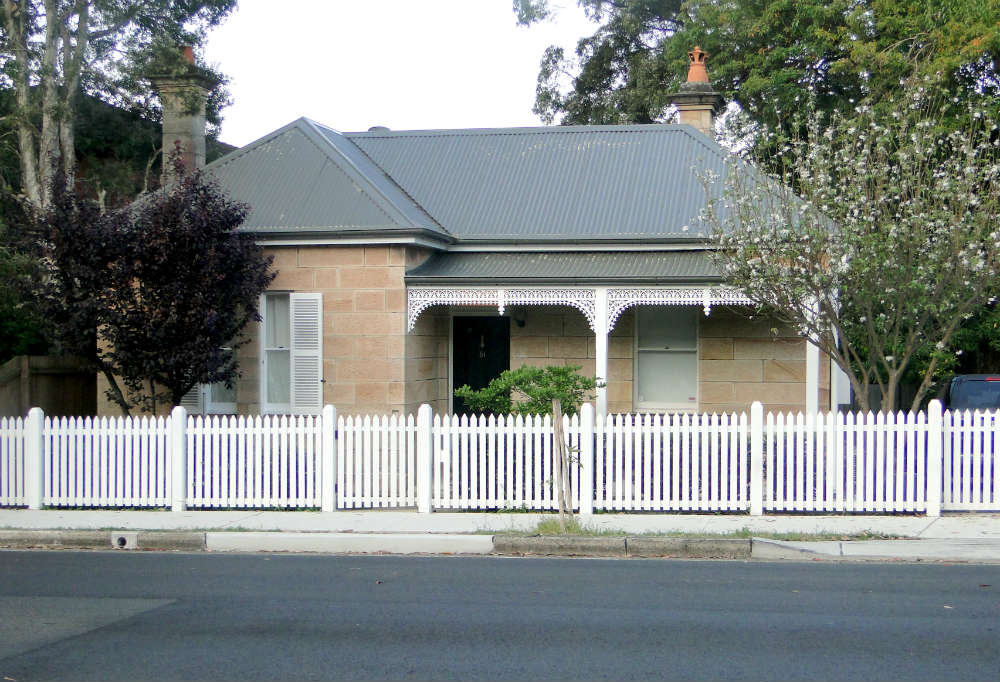 John Corley (see 69 Ryde Road) bought Lot 5, Section 2 from Francis Abigail in 1883 and sold it to Charles Hawkless, stonemason. Hawkless is understood to have been one of the stonemasons employed on the construction of St Joseph’s College wall. Hawkless built the cottage at 14 Figtree Road and then this cottage (using stone from a quarry at the back of Boronia Park) around 1886, when it was first listed in Sands Directory. The 1893 depression brought an end to stonemasonry in Hunters Hill and in the 1894 Sands Directory, Hawkless’ profession was listed as ‘greengrocer’. By this time the verandah of the cottage, complete with its posts, fascia and rafters, had been enclosed by a structure that was used as a shop front and general store. On the death of his father, the business passed to eldest son, Arthur W. Hawkless, who had the property from 1922. The shop was subsequently owned and run by various members of the Hawkless family and the enclosure remained attached to the house for 85 years before being removed when it was sold in 1978. The present owners, who bought the property in 2007, set about restoring the cottage to its former glory, including replacing the rusted corrugated iron roof, installing new shutters on the front windows in identical dimensions to those shown in early photographs and reinstalling the lacework on the front verandah (from a corner piece found under the house) to complete the original facade. 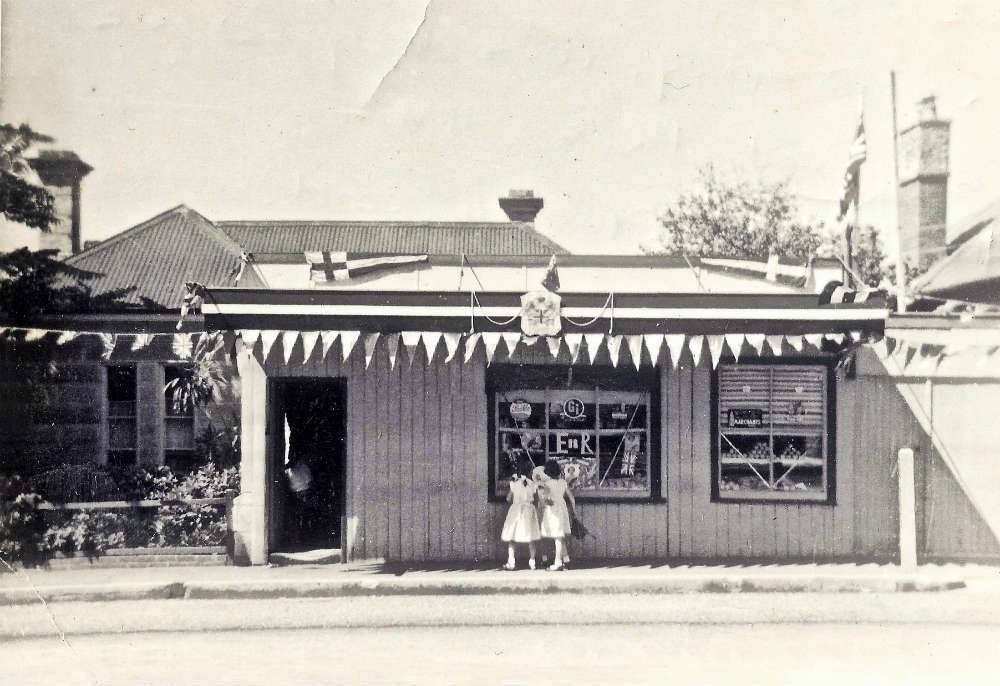