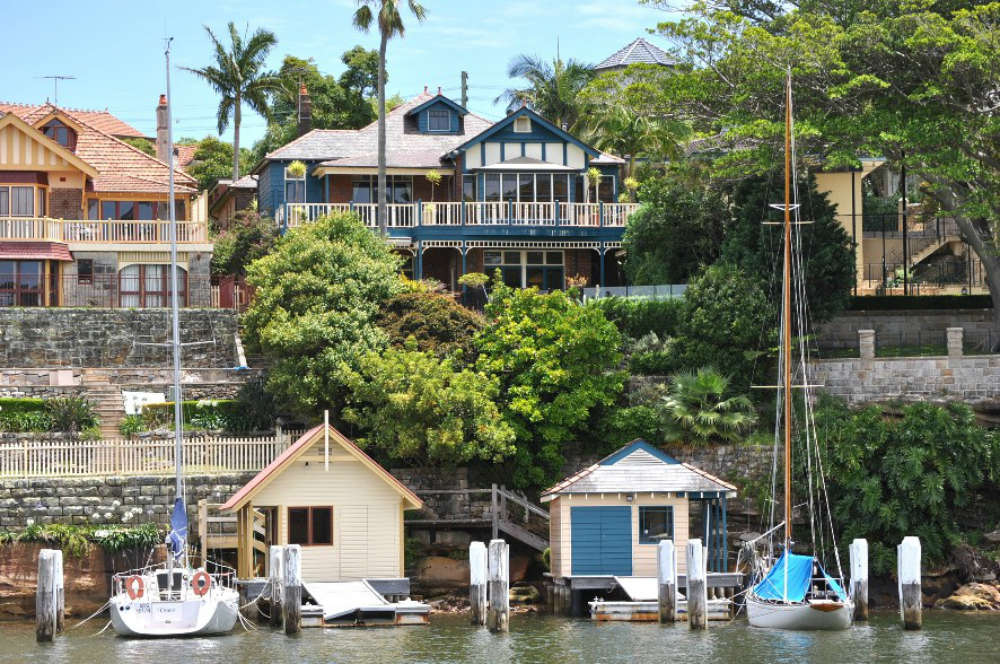 Early 20th century Queen Anne Revival house built to address the waterway in the ‘Marine Villa’ mode. Building low to the street, but prominent from the river with balconies and twin gables. Unpainted and unspoilt slate roof with terracotta capping. Seemingly built or used as conjoined dwellings on land that was, in part, formerly foreshore reserve granted under the Robertson Land Act. The cottage was constructed around 1914 for Charles Martel, photographer, for investment. Sands Directory lists Charles Dumbarton as occupant in 1915. The house was named Radford. The property was sold to A. Cabcroft of Queensland in 1917 who sold it to Herbert Hawker of Victoria in 1926. Similar in scale and type to the semis 61– 63 The Point Road and rare survivors of Federation waterfront buildings that have remained unspoilt.