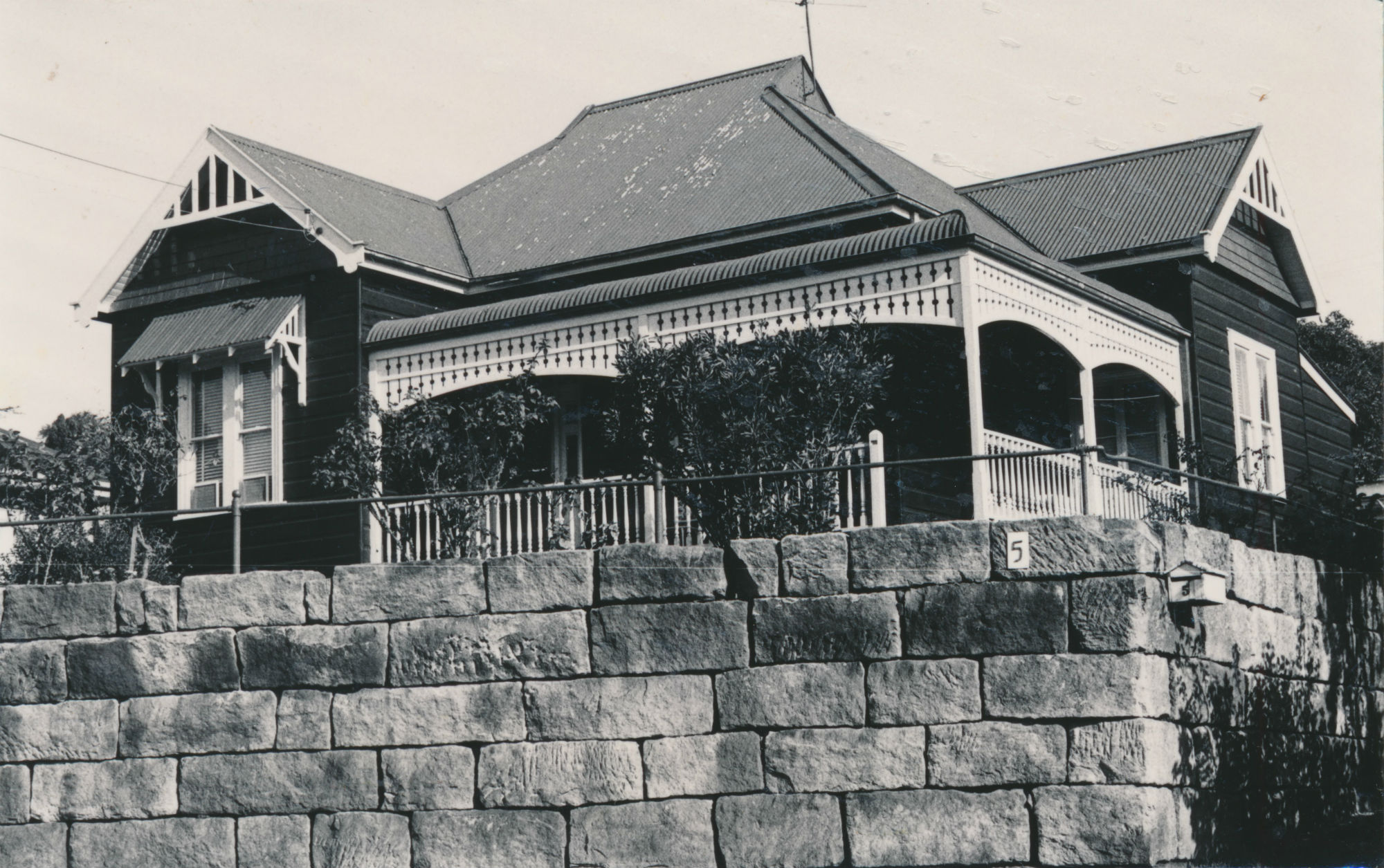 This land was sold in 1902 by John Bardsley and James Hunter, merchants, to Harry Mansfield Shelley, who lived in William Street at Glendoon (since demolished) and later in Mount Street. This timber house, with fretwork characteristic of the period and a coursed dry stone wall, was built by Shelley for John Duck in about 1910. The house was later bought by John Duck who was gardener to the Shelleys and Sands Directory shows his daughter still living here in 1982.