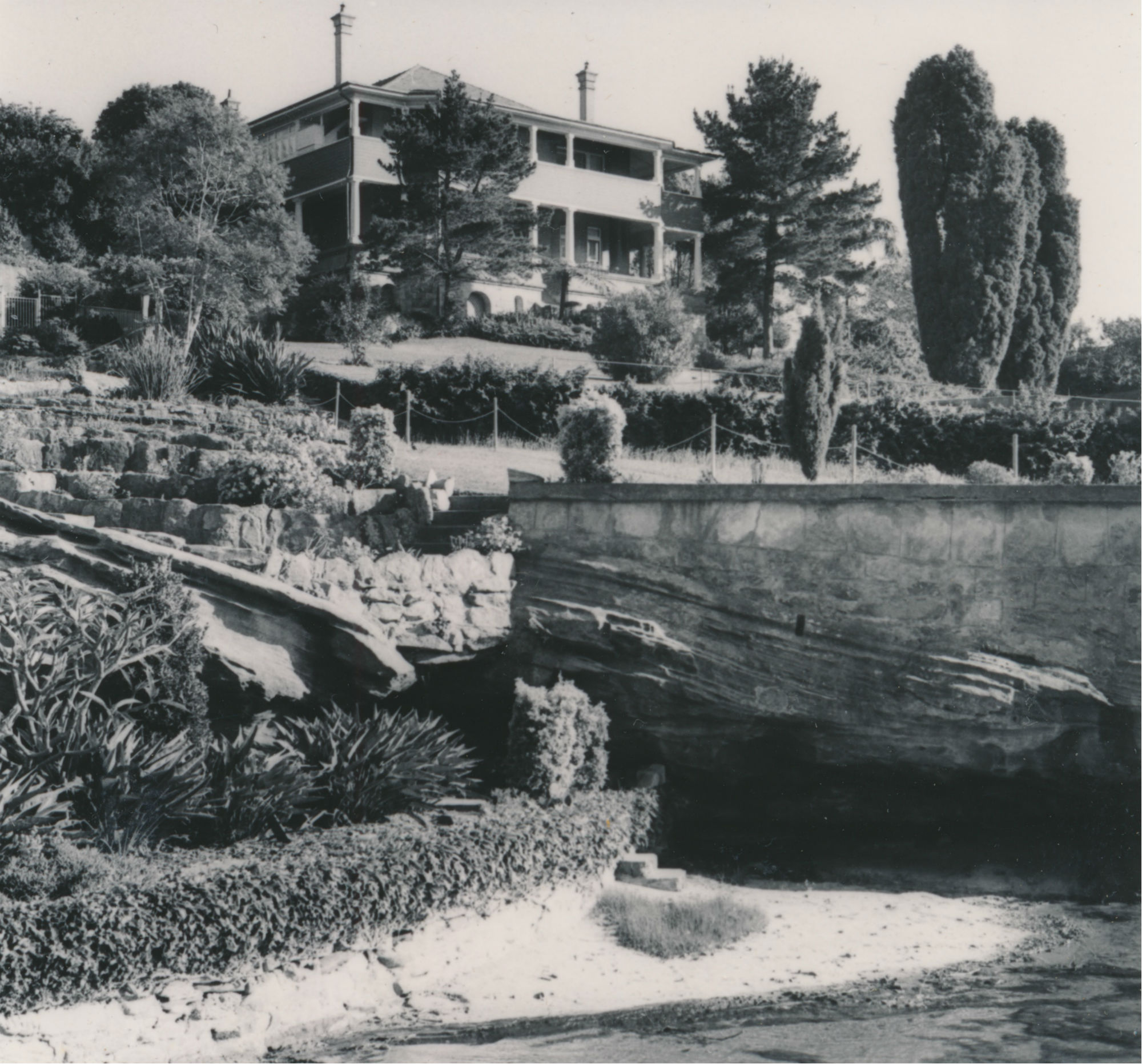 This land was part of the area granted to G.W. Newcombe in 1839; Henry Brown acquired it in 1870. In 1894 the property was transferred from Burns, Abbott and Innes to Angel Cooper Turner. The Turner Brothers, Frank and Thomas, are said to have built houses next door to each other. Thomas lived in Kokera (82 Alexandra Street) and Capt A.C. Turner lived here. Justice Ferguson owned it from 1924-1943 when it was called Lenzie. The Presentation Sisters of the Catholic Church bought the house from Justice Ferguson, who had added a top storey for his library. The Sisters called the house Nagle Holme (Nagle after their founder Nano Nagle and Holme because of its situation by the water).