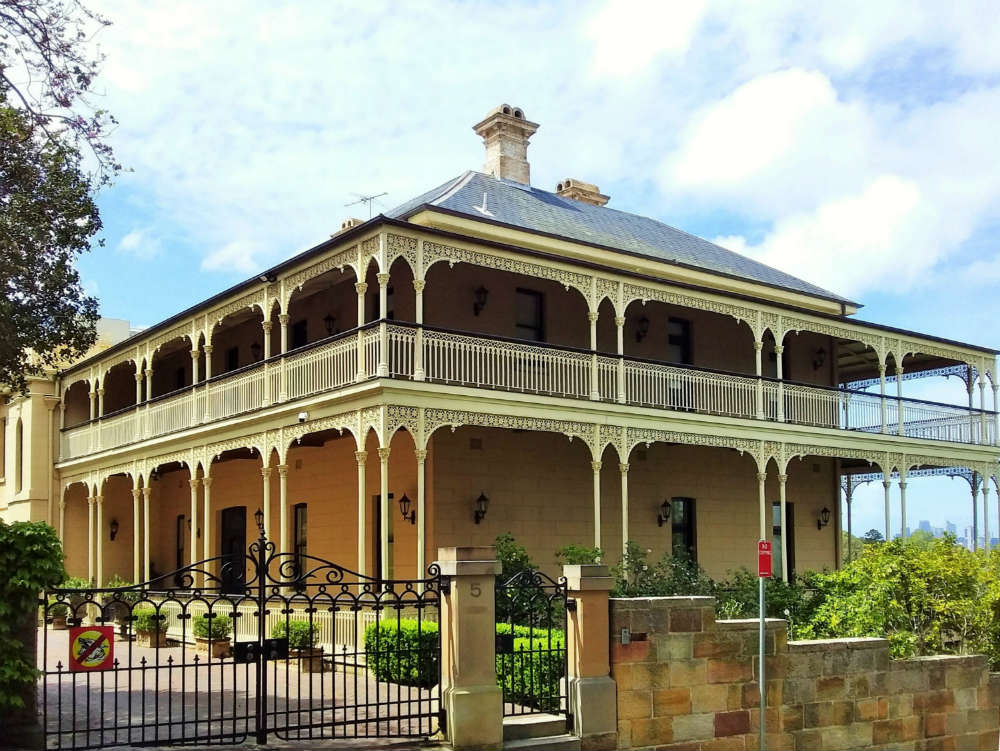 Robert Smith, solicitor, was living in Brynallt (now demolished) on the corner of Church and Mount Streets, while this twenty-four room brick house was built for him. An entry in the 1884 rate book said it was unfinished but he was in residence in the following year. Sir Thomas Buckland, director and chairman of the Bank of New South Wales, lived here for some time, traveling to the city on a ferry with reserved seats and young solicitors playing court. The house had handsome Gothic cast iron, some of which can still be seen on the upper floor verandah. There was originally a two-storey open verandah. Lyndhurst was used as a nursing home and is now a private house.