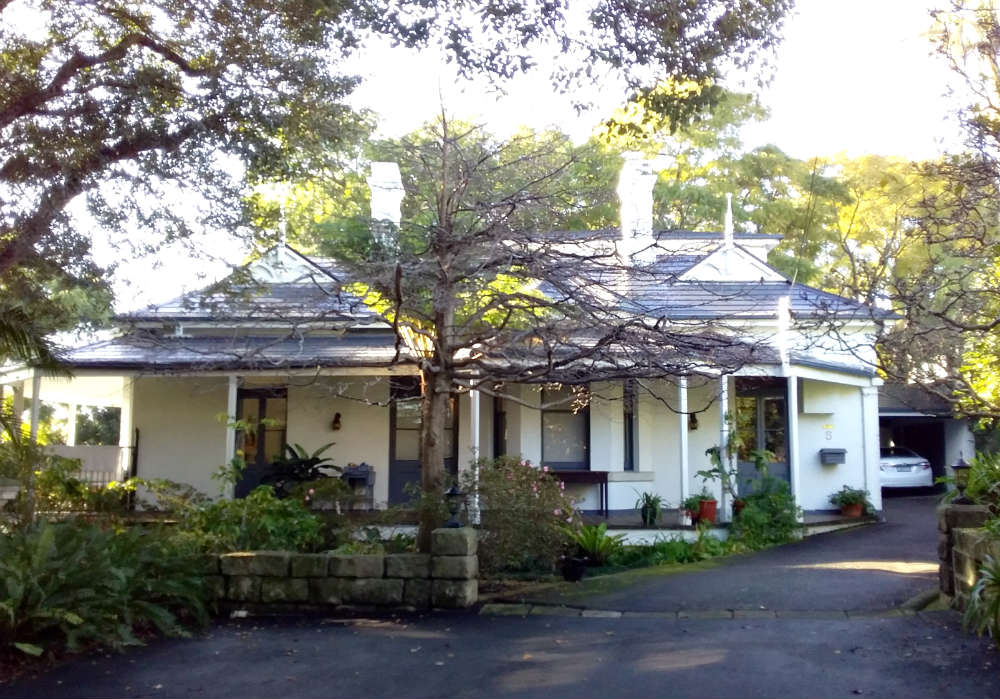 This house was built in 1894 by Charles Edward Jeanneret for his fourth child, Francis Edward (Frank) Jeanneret. Frank was born in Hunters Hill but educated at Hutchins School, Tasmania. In 1888 he married Augusta Bassett Hull of Tasmania. He was an employee of the Bank of NSW in Sydney and Bombala, but later joined the Parramatta River Ferry and Tramway Company as cashier and joint manager with his brother Stanley. In 1893 he severed his connection with the Ferry Company. He resided here and carried on an accountancy business and managed the estate of his mother, Mrs C.E. Jeanneret of Wybalena (22 Woolwich Road). He died in 1933.