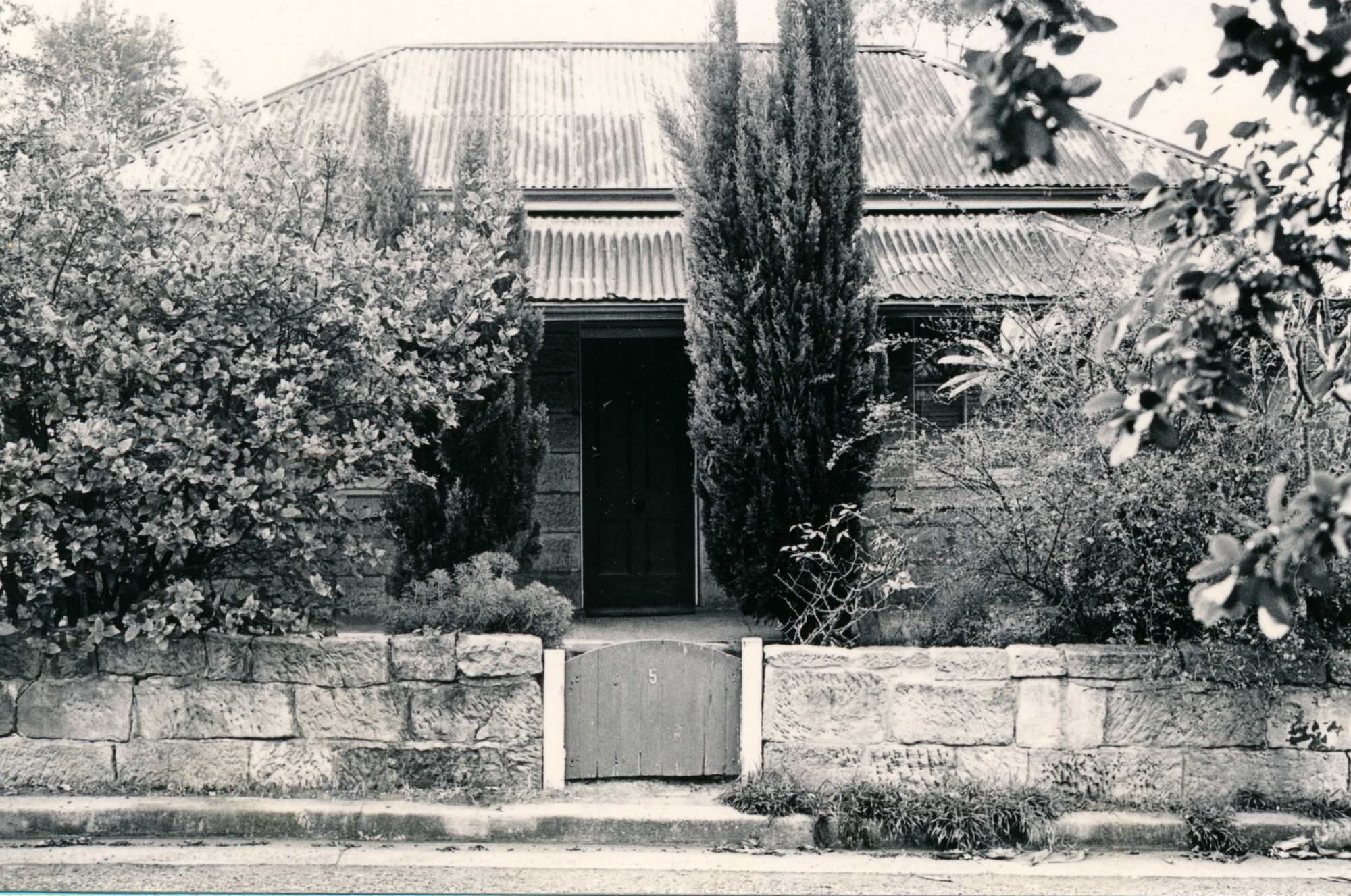 During 1880 and 1881, James Ryng built this four-room stone cottage and kitchen on land measuring 60 feet by 40 feet behind his rented cottage at 23 Madeline Street, at the comer of Ernest Street. 1881 was the same year that Thomas Connolly’s new house was built at 34 Alexandra Street, corner of Ernest Street; perhaps this was the stage at which Ernest Street was formed. Ernest Street from Madeline Street to the Lane Cove River was a drive leading to Andrew Lenehan’s house (25 Ernest Street), past a shop and a stockyard which he let to William Joseph Doyle, butcher. James Ryng lived in this house until 1901 and his widow lived on here until 1908.