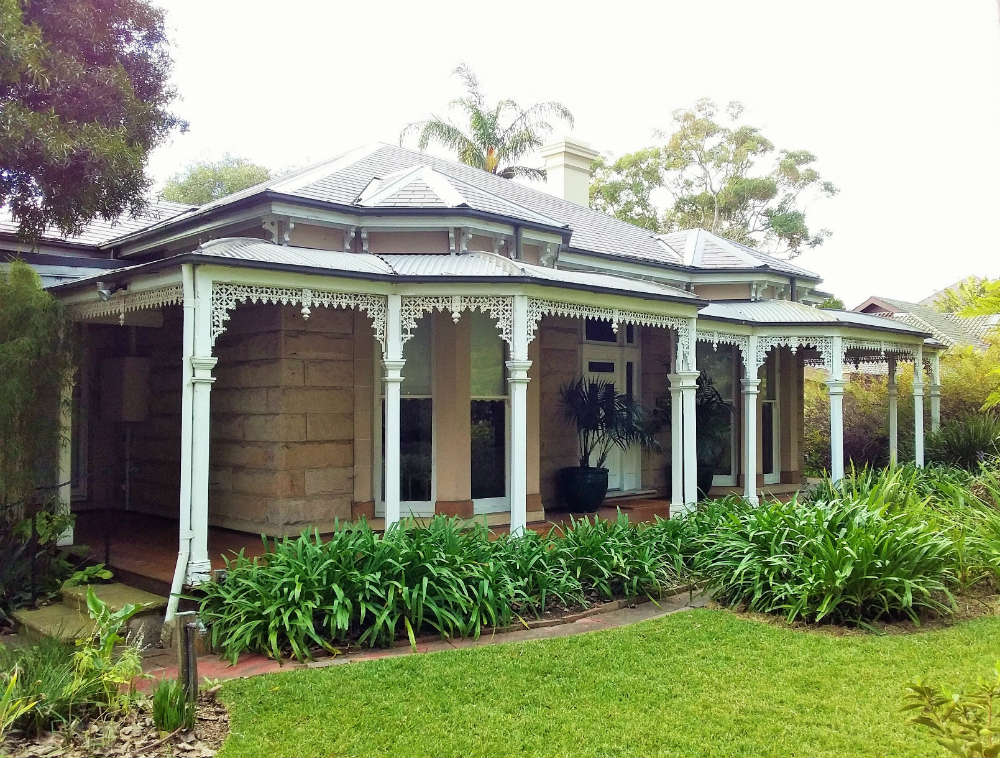 The land between Vernon Street, Woolwich Road, Serpentine Road and the Lane Cove River was part of an original 8-acre grant to Joseph Roberts. Charles Edward Jeanneret owned land on both sides of Woolwich Road to the west and his name appears as having owned or rented (unlikely) this property. Eumalga is strikingly similar to the houses he was building in 1893-95 and it seems more than likely that this was one of his. Mrs Pollack subdivided the land and Edward W. Gregory lived here on Lots 5 and 6 in 1914. In 1925 Herbert R. Palmer married Sylvia Barton (a first cousin of Banjo Paterson) and they bought this house, which has been in the continuous ownership of the Palmer family since then. An American cottonwood tree (Populus deltoides) planted by the Palmers at the time of their marriage, still stands majestically in the front garden.

Herbert was the son of prominent Sydney stockbroker Joseph Palmer who set up the firm of Joseph Palmer & Sons in 1872 (which still exists today). Joseph owned Amalfi, the grand sandstone mansion boasting twenty-six rooms (since demolished) that dominated the Longueville peninsula from the 1880s.