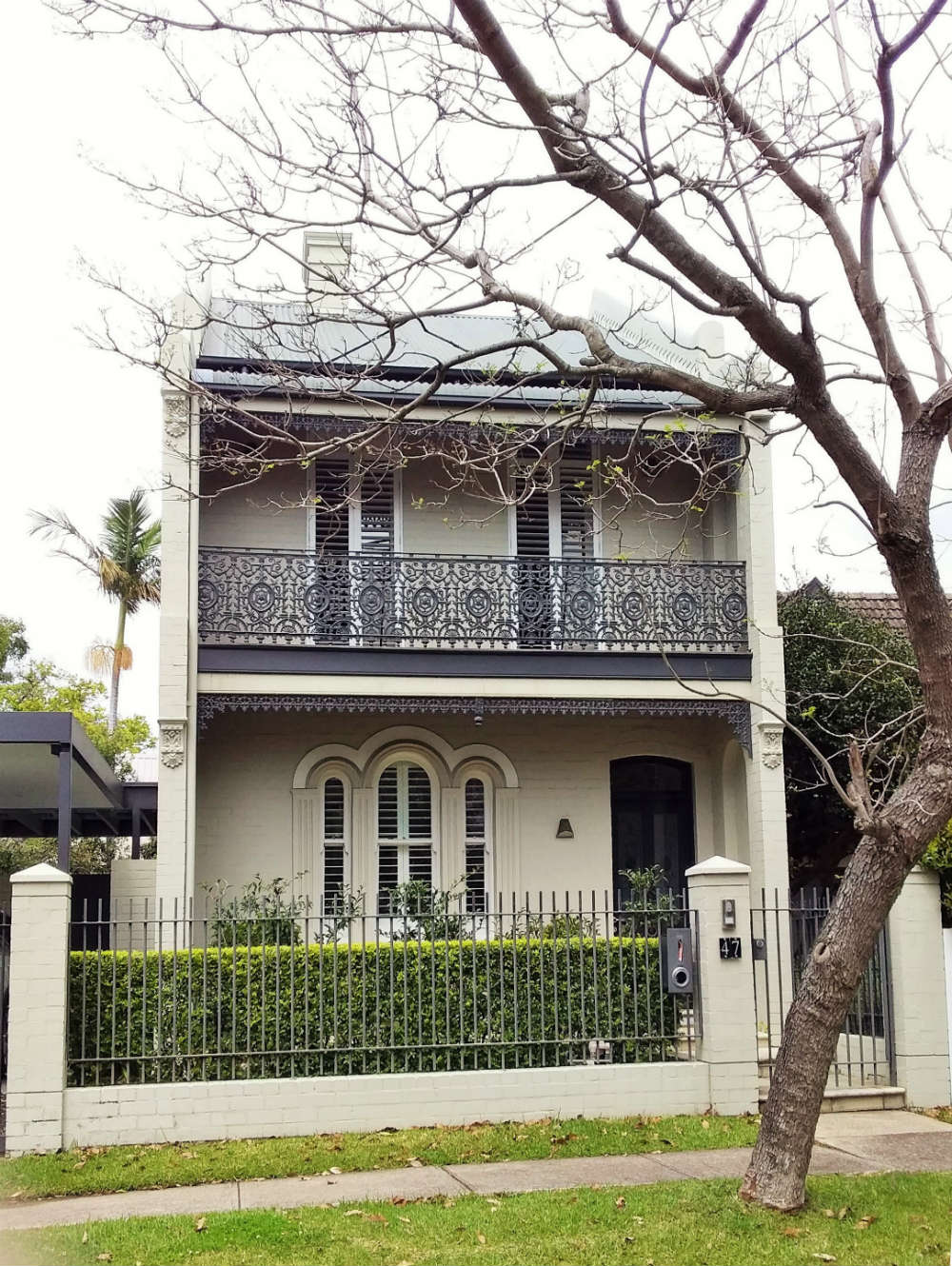 This land was part of an 1834 grant to William Morgan. The house was built on part of Ambrose Foss’s original subdivision in 1863 and sold to John Le Gay Brereton. In 1867, Lot 24 was transferred to John Cuneo, publican (see The Garibaldi). The house is a most unusual example of a free standing late 19th century home in this part of Hunters Hill.  In 1904 Joseph Rinaldi and Joseph Muzzini Cuneo sold to George Leng who was still here in 1915.