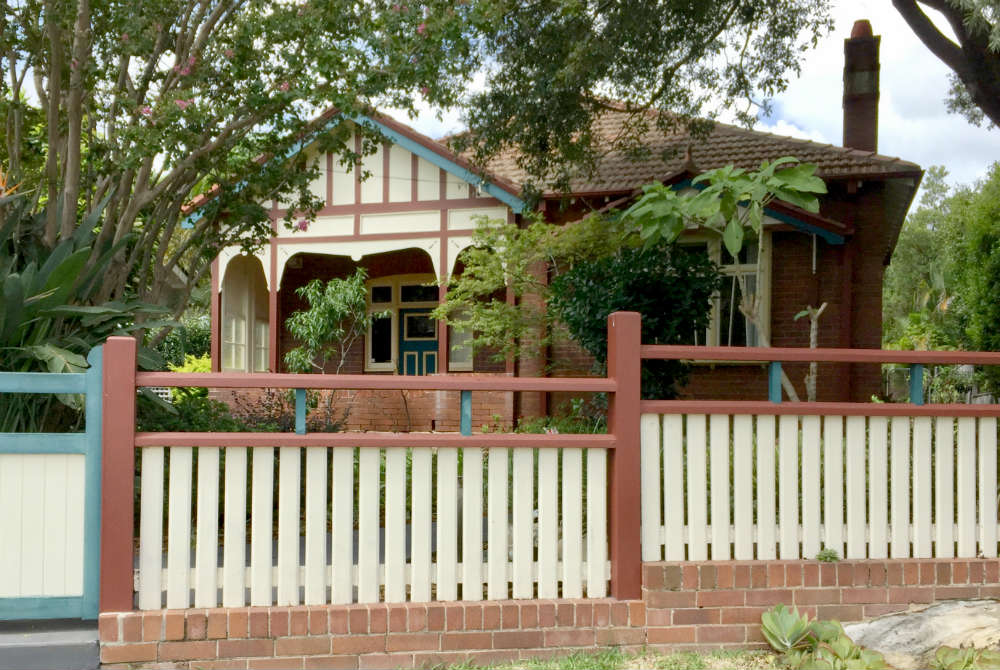 The house stands on land that was part of the original grant given to Alfred Reynolds Huntley in 1851. The parcel of land was subsequently subdivided when development occurred on the 1913 Huntleys Point Estate. Early 20th century Federation Bungalow style brick cottage with tiled hipped roof and gable over front bay. Originally the house had a slate roof, replaced by the present owners, when a sympathetic extension was carried out in 1996. Front garden with timber railing and slat fence, reconstructed from an old black and white photo of the original home.