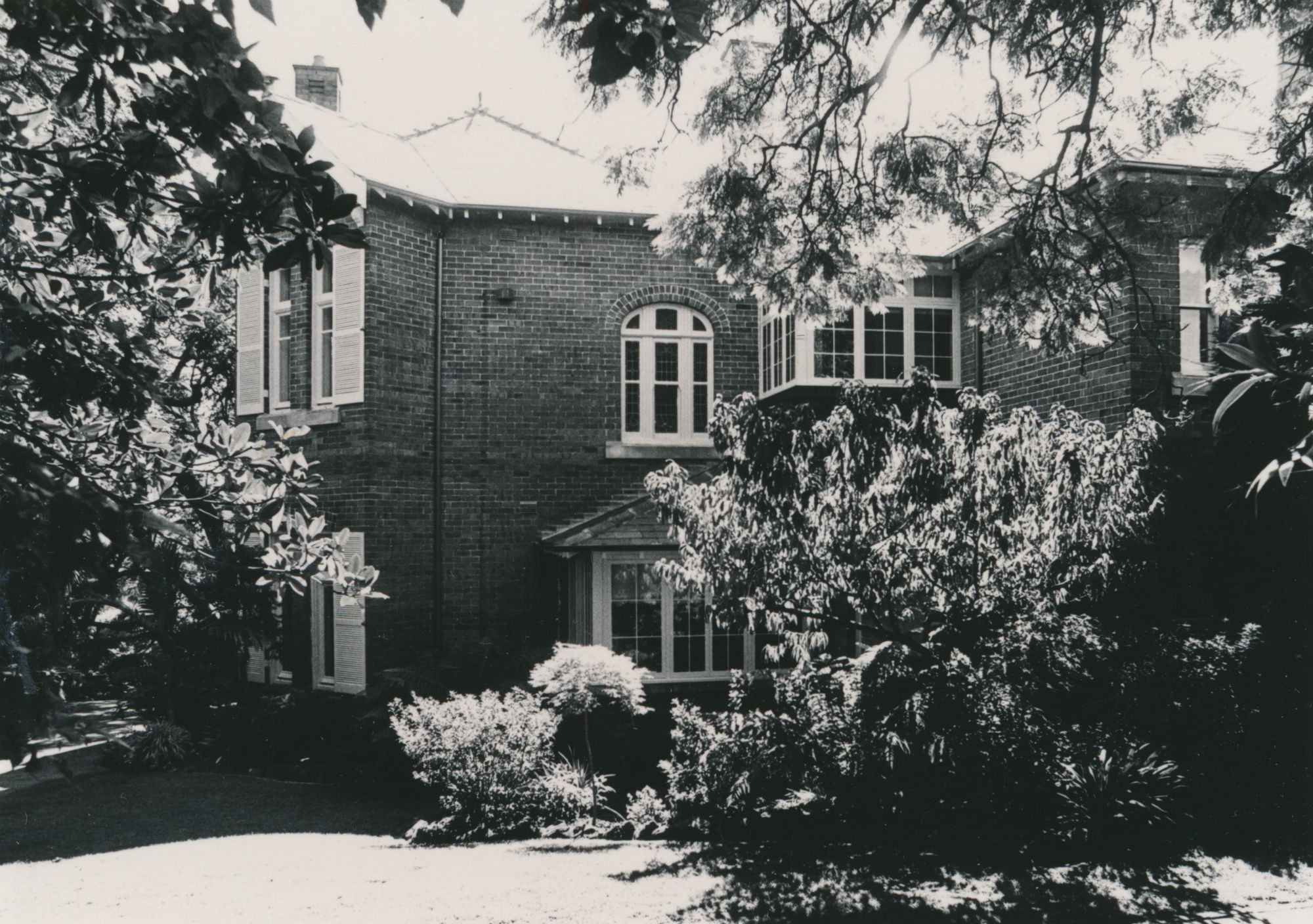 This house was designed by a German architect and built around 1904 for the Wallis (Wallace) family; it was originally called Malton. From the mid-1930s to 1974 it was the home of the Harden family, who gave it the name Holly Lodge after a family property in England. It is a good example of a large Edwardian house, of plain red brick, slate roof, painted wooden verandahs and stained glass. Like many of the early houses of Hunters Hill, it faces towards the river, its two-storey verandahs looking out over the Lane Cove River.