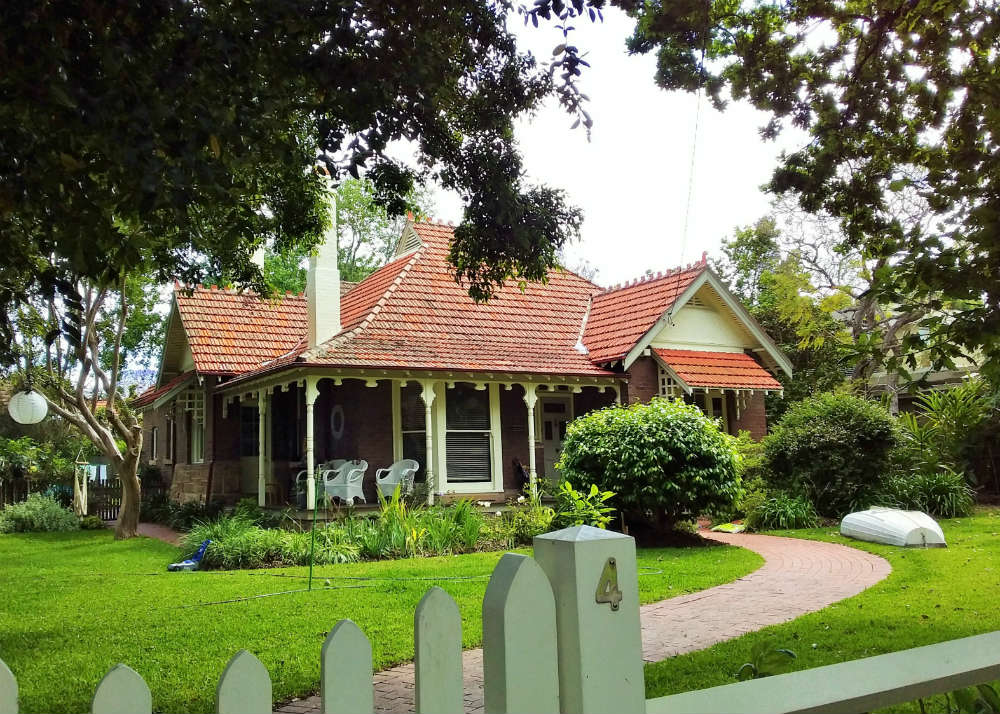 This is one of six houses built around 1900 designed by Hunters Hill architect Henry Budden. The other five are 41 and 43 Woolwich Road and 1, 2 and 3 Prince Edward Parade. The brass water taps of this house are stamped 1901. This is an example of the Queen Anne style adapted to Australian conditions, one of the most popular forms of Federation architecture. James Malcolm, accountant, was listed in Sands Directory as the first occupant and named the house Wainui in 1904. Cyril Hungerford, accountant, took over the house in 1905. In 1913 John Rider Jones (see Clifton, 7 Woolwich Road) bought the house and it remained in his family until 1942; it was called Dera by his son.

The most famous occupant of this house was one of Australia’s most celebrated poets, R.D. FitzGerald OBE AM, 1902-1987, who was born in Hunters Hill and lived as a boy in Corio, 15 Ferdinand Street. He lived in Prince Edward Parade for most of his adult life and was a surveyor by profession. He set many of his poems in the local area evoking memories of the 19th century personalities of Hunters Hill and a community living in close contact with the harbour, river and ferries. A commemoration plaque is to be found in the park area of the Parades.