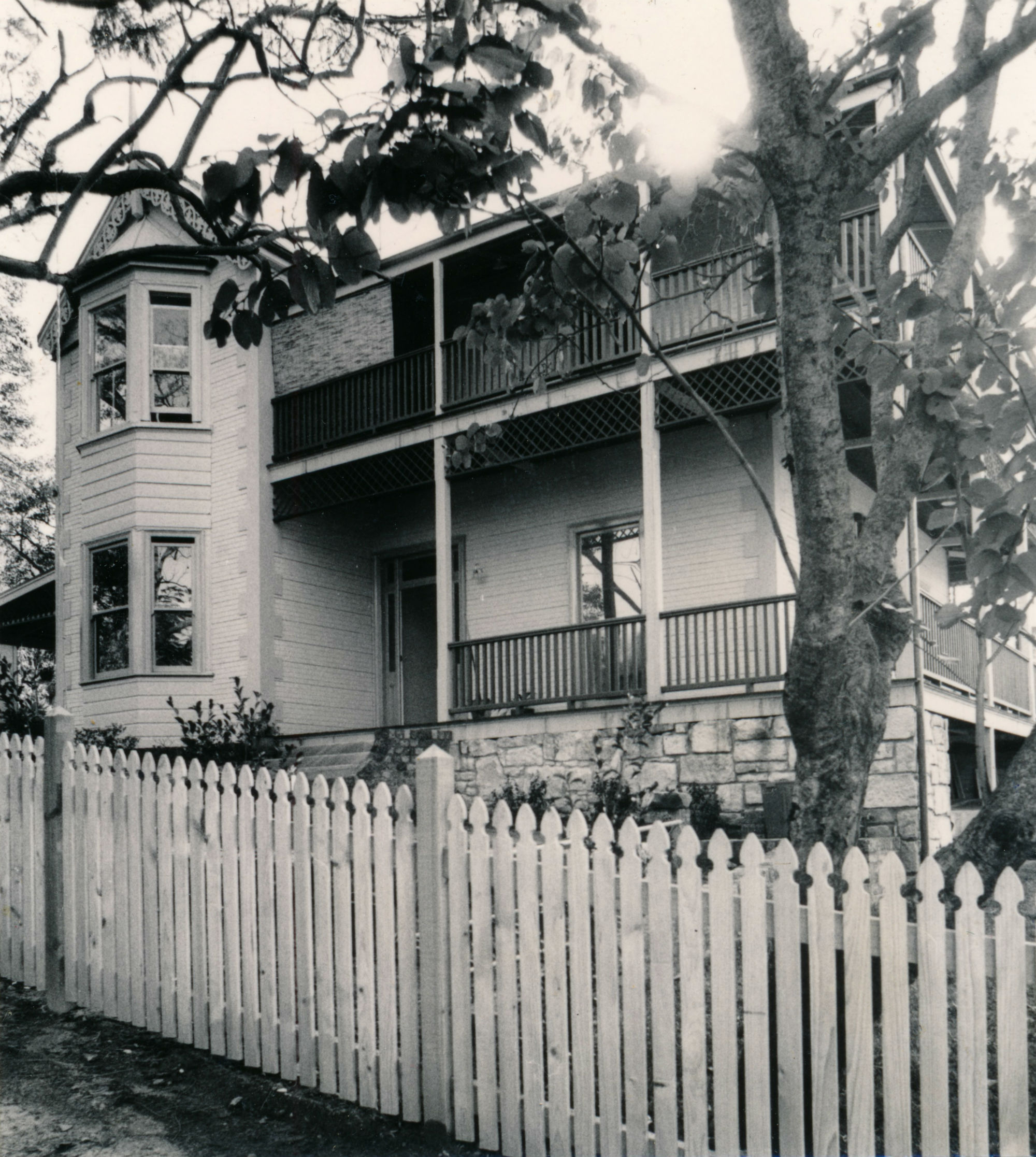 This house was built in 1890 of timber and is a rare surviving example of early two-storey timber houses in Hunters Hill. Built originally for the Deffell family (see 3 Woolwich Road) it was taken over by Charles Gifford-Moore in 1895 and he called it Alverton. Ernest Byrne and his family lived here from 1922 to 1932 and changed the name to Montefalco. The Barrowcliffe family then owned the house and remained here until 1981. With boards of different pattern, distinctive corner detail and French windows opening onto wide verandahs, the house overlooks the river and is similar in style to many of the nearby brick and sandstone houses of the same period. The front of the house has been restored as part of a major renovation.