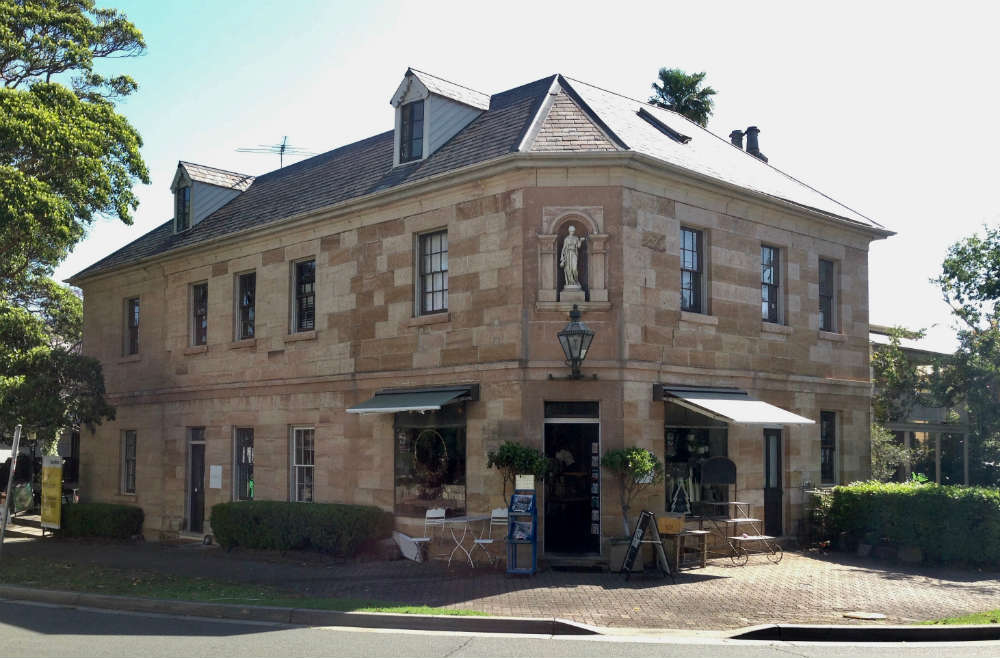 John Cuneo from Genoa (see also 35 Alexandra Street and 1-3 Foss Street) an importer of statuary into Sydney, purchased this and the adjoining lot from Ambrose Foss in May 1861. The first rate book of that year showed he paid 35 shillings on a ‘Shop and Land’ with a net value of £35. It became the first Inn at Hunters Hill and The Garibaldi (named after the famous Italian patriot) was the social centre of the area during his years of ownership. Variations in the stone work as well as rate notice increases indicate that subsequent improvements took place in 1862 and 1869. The building has extensive stone cellars and a timber-lined attic and is said to have housed numerous Italian stonemasons working in the area during the 1860s and 1870s. It was described until 1911 in local rate books as ‘a 16 room stone hotel’.

For many years it was used as a grocery store and residence and when there were proposals to demolish it in the 1970s and replace it with a petrol station, local conservation efforts were mobilized to retain the neglected building. This resulted in a Heritage Conservation Order in 1979 and the building was restored. The original statue of Hebe, stolen in 1973, had to be replaced, as has an old lamp. The quality of The Garibaldi’s stonework and its style as a mid-Victorian hotel have been recognised by architectural historians.