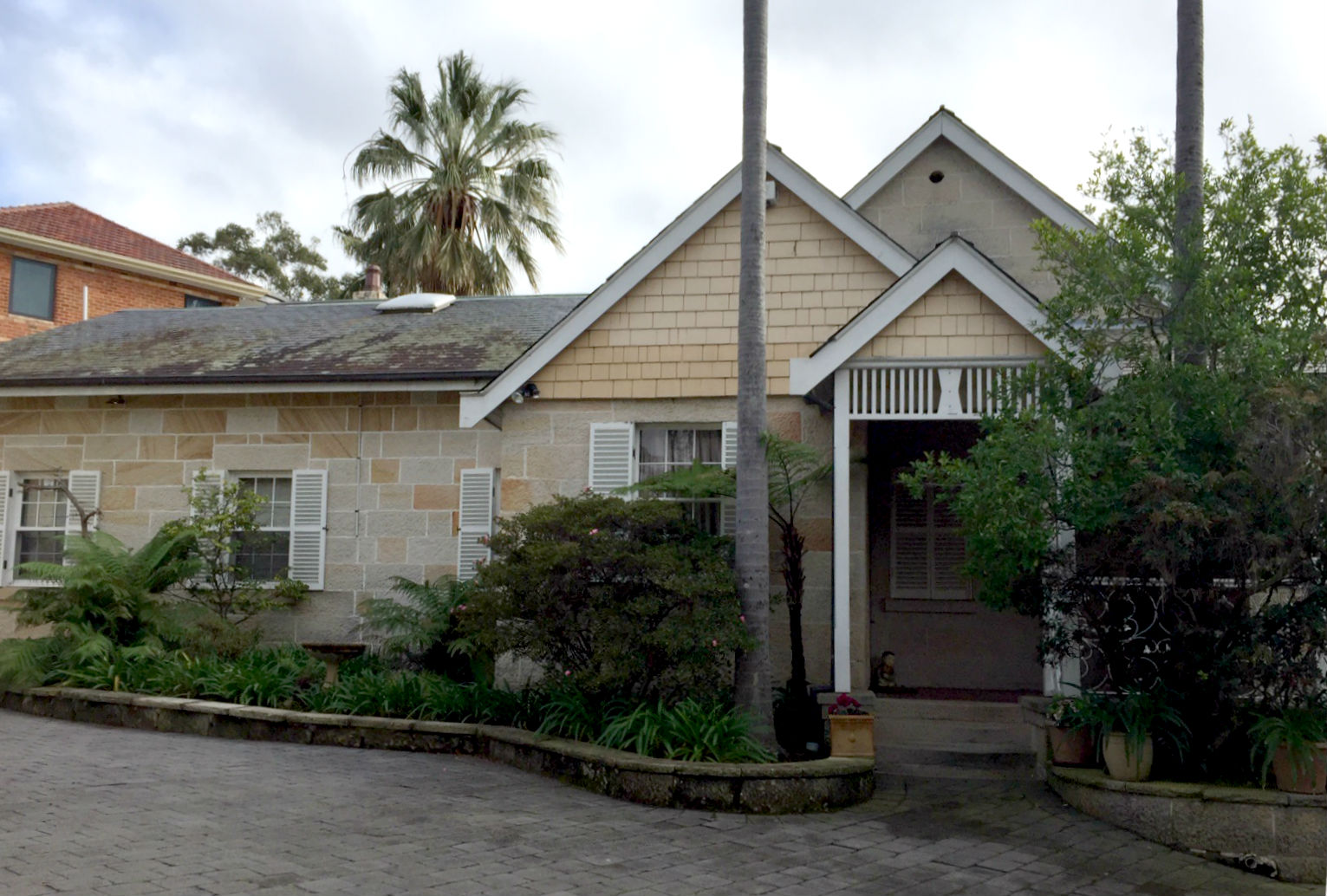 Mme Louise Bonnefin (daughter of Didier Joubert) occupied this cottage, part of the family estate, until she returned to France. This stone house, originally of six rooms, is not listed in Sands Directory until 1889; E.C. Davies, mining agent, was followed in 1892 by Mrs H.R. Davies and Noel Davies until 1912. Early photographs of the Figtree area show a small cottage in this position; later photos show extensive additions and subsequent alterations have masked the earlier stages of the house.