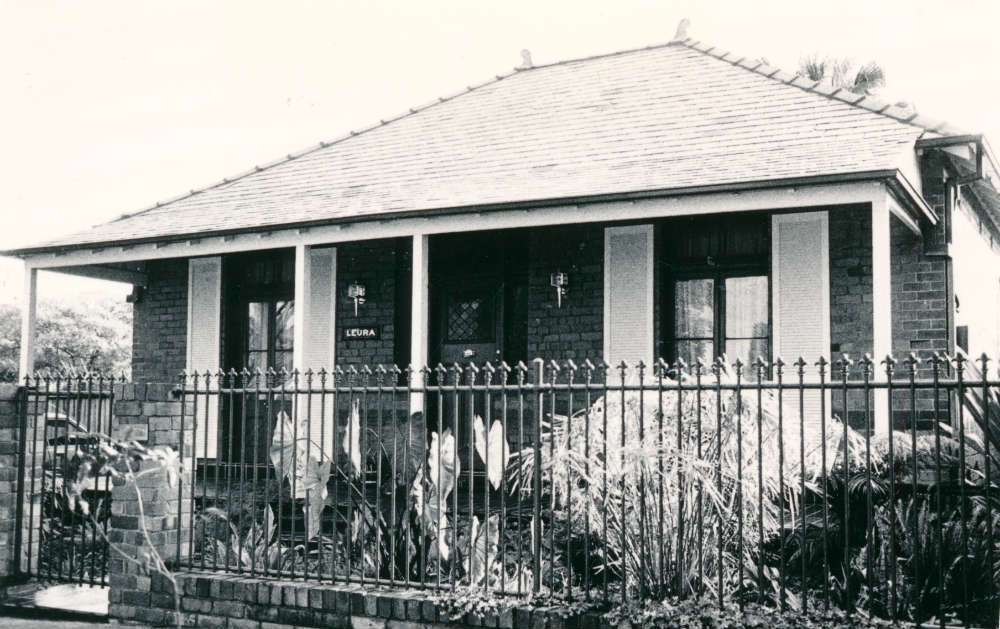 This land was part of one of Mary Reibey’s original grants of 1835, for which she paid £1 per acre. Didier Joubert sold it to Ponziano Cavalli, stonemason, in 1878, and at his direction the title was transferred to Elizabeth (aged fifteen) and Augustin (aged twelve) Regetti. They held the land until 1913, when Ida Marion Cox bought it for £100. In 1917 she mortgaged the land for £425, which suggests that the house had been built. In 1918, Ida Cox transferred it to Catherine Bell, and the house remained in the Bell family until 1977. The house and land were then purchased by the owner of 30 Gladesville Road, reportedly for home unit construction, but Leura has been renovated and the name-plate re-erected.