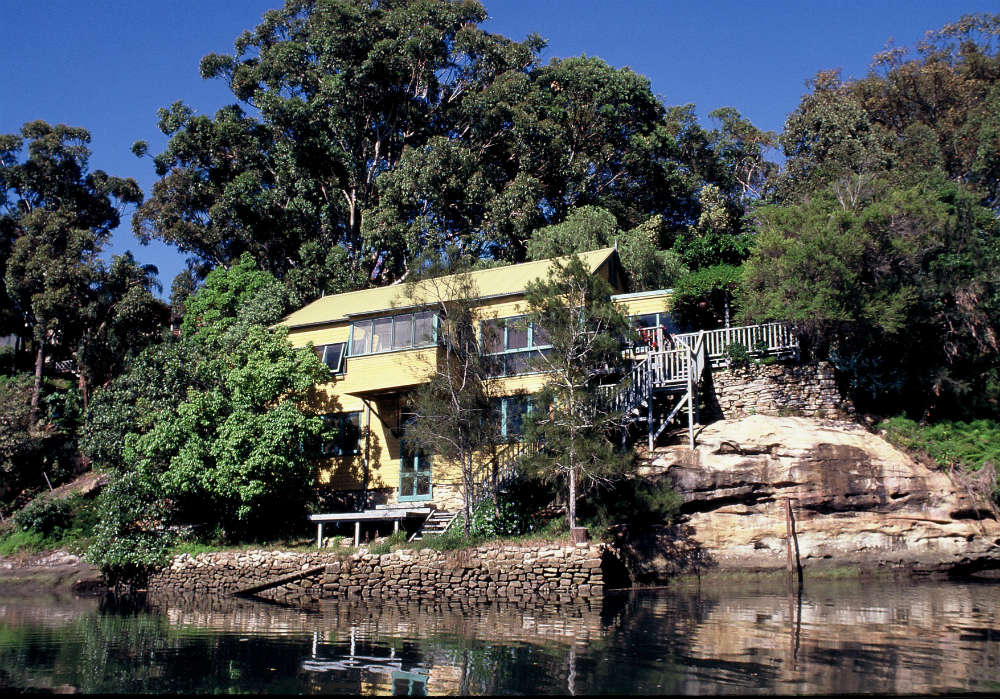 The earliest reference found in the Rate Assessment Book was for 1889-90, when the owner was Angelo Tornaghi, Italia Estate, 30 acres; this may coincide with F.A. Hayne’s original grant of 30 acres in this area. In 1908 the building on the waterfront was licensed by the Maritime Services Board as Dempsey’s Boatshed, but it appears to have existed some time before that. Later it was called Bonnefin Boatshed. The licence was relinquished in 1956, and the building has been converted for use as a house. It was left vacant for some years, and was in a decayed state until sold to the current owners in 1972, who renovated it within the existing envelope.