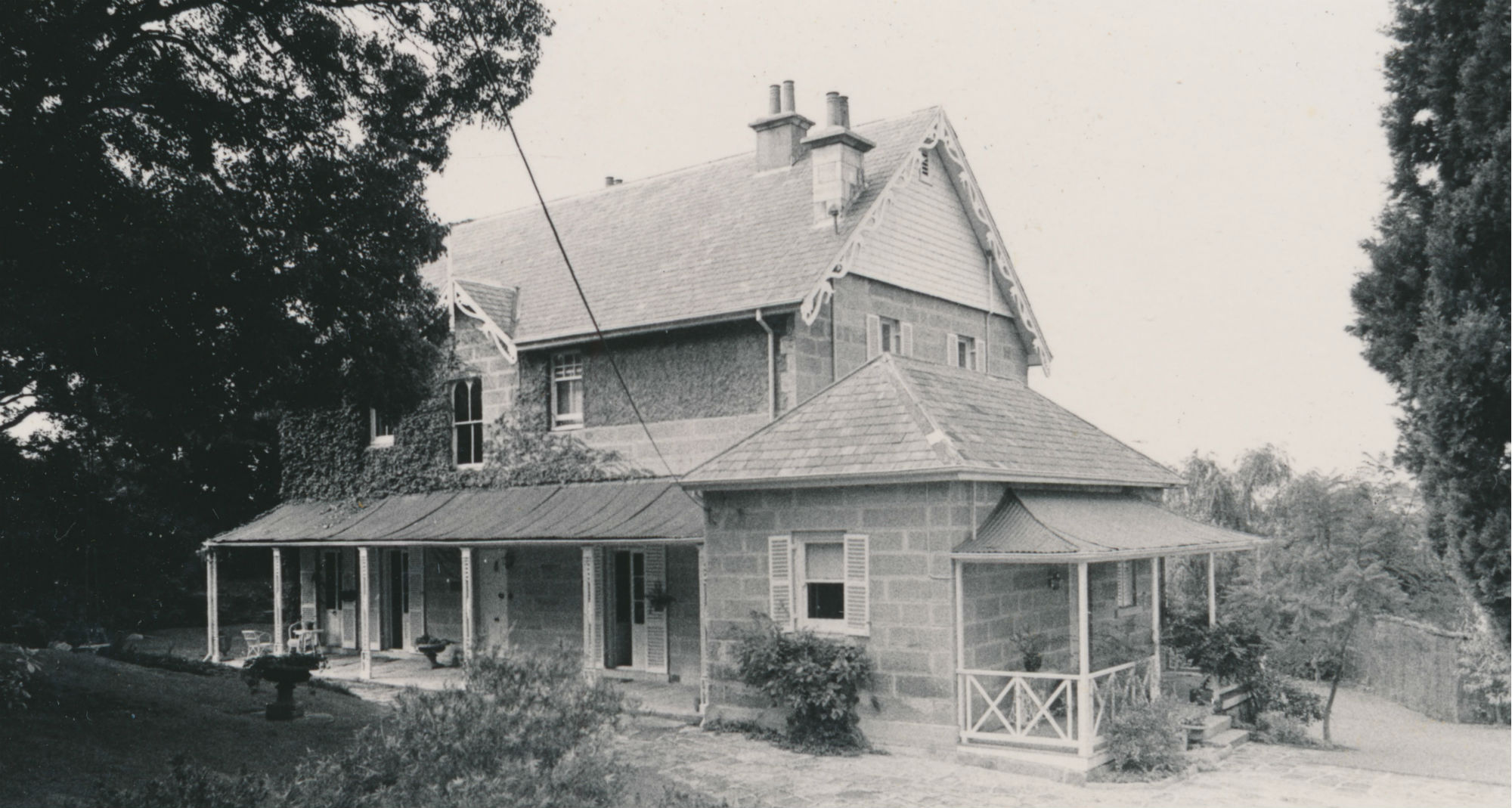 This site of about 13 acres, was passed from William Morgan to John Tawell, apothecary, then to Ambrose Foss (a foundation member of the Congregational Church in NSW) in 1838, who lived in a small cottage nearby. In 1861 Thomas Cook built a one-storey dwelling with three attic rooms; he paid only a part rate that year, since it was unfinished. In 1866 he sold to George Hibbert Deffell, who had been living in Walshale (18 Ferdinand Street). Deffell later became a Supreme Court Judge and lived here until 1888 (see 4 Ambrose Street). The house was let until it was sold by Deffell’s executors to Mr J. Bowie-Wilson in 1911. Mr Bowie-Wilson had the roof removed and the walls of the attic rooms raised. The gables and Gothic style barge boards were added.