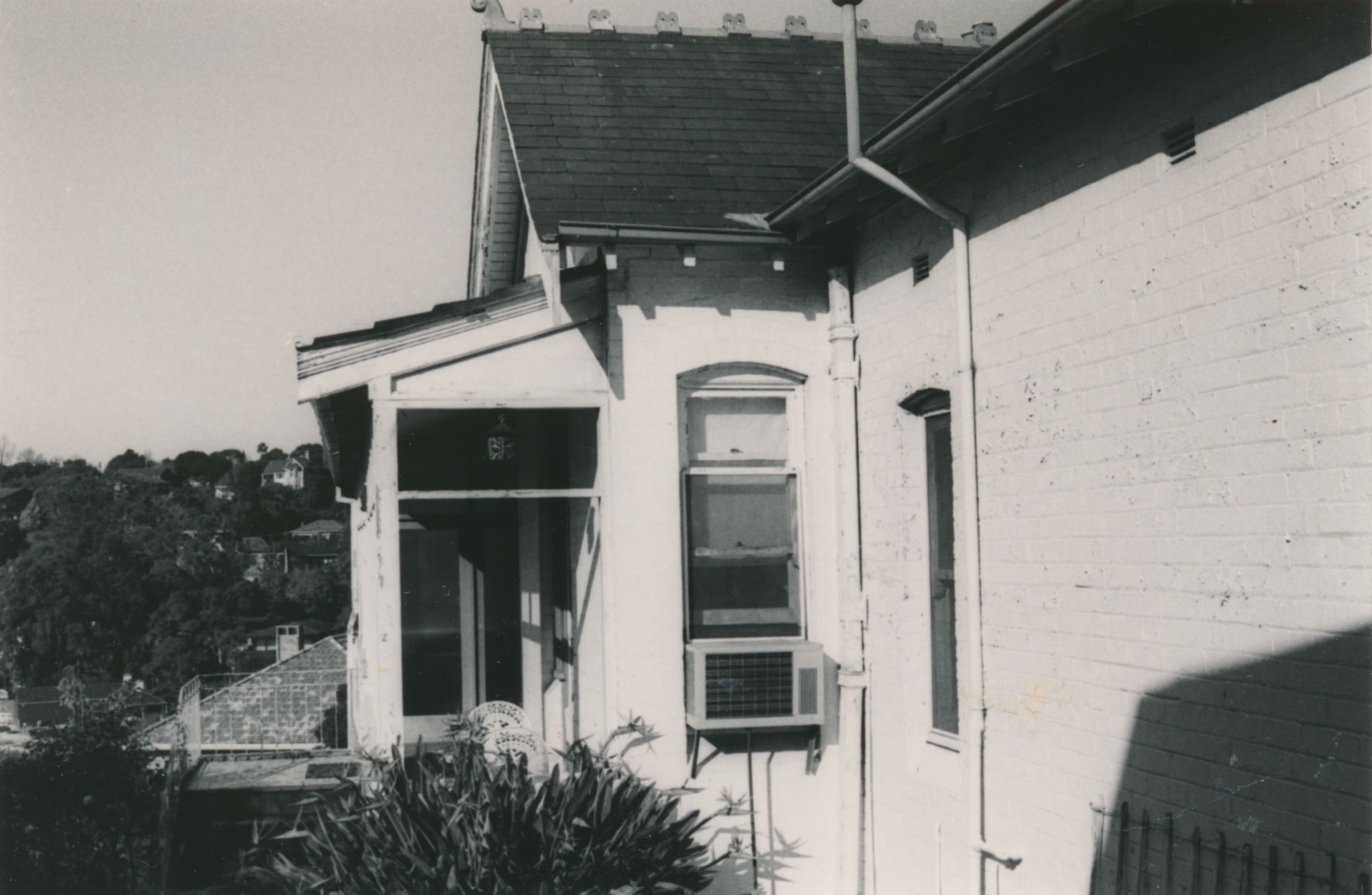 The point of land at the end of Viret Street was called Newcombe Point, presumably after Captain G.W. Newcombe’s original grant, although spellings differ on the Parish Map. The Viret Street area was not subdivided and developed until the late 1890s and 1900s. Sands Directory entries for Viret Street began in 1900, with the sole entry of the Japanese Consul. By 1904 there were three additional entries, one presumably this one; the slate roof with terracotta ridge tiles and chimney pots indicate this period.