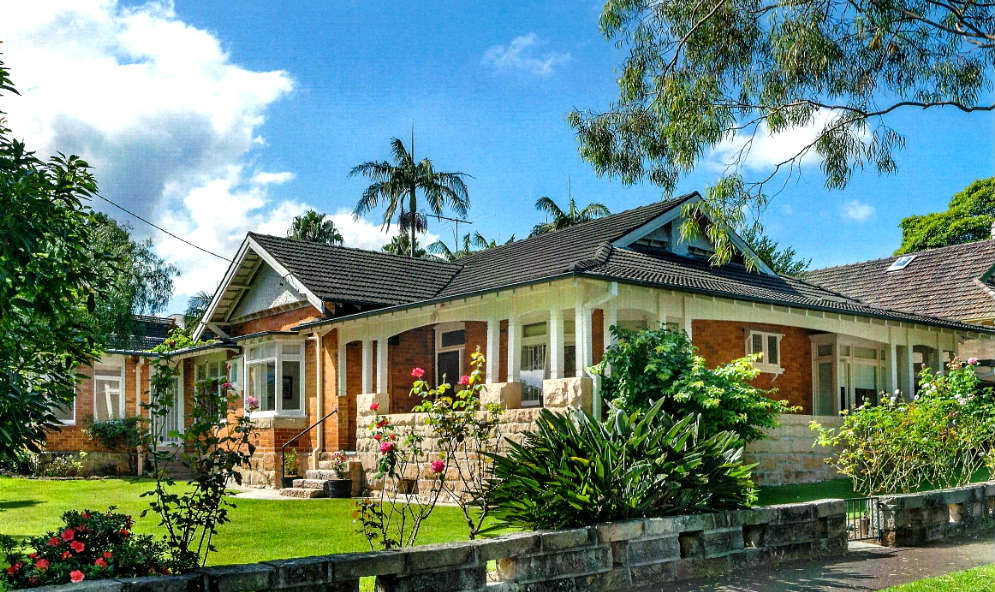 Built c1913 on part of Charles Jeanneret’s Wybalena Estate which had been subdivided in 1894. Jeanneret died in 1898 and his widow, Mrs Julia Ann Jeanneret, owned the land on which this house was built by the family for investment. Sands Directory in 1914 lists the first tenant as Winrick Hartmann when the house was called Myola. The property was sold by the Jeanneret family in 1926 to Gertrude Makinson, wife of Thomas H. Makinson, who named it Rixton. Built of solid red brick with sandstone base and wrap-around verandah, it is a fine example of Federation architecture.