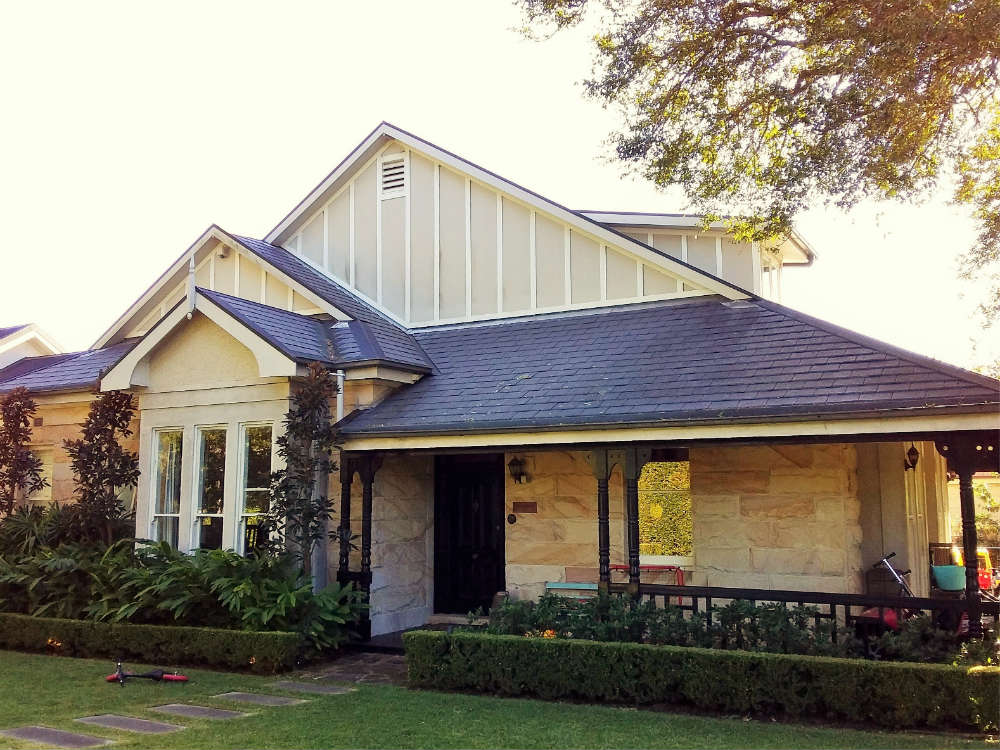 Now standing on the corner of Woolwich Road and Futuna Street, this house was built c1896 on the 1894 subdivision of Charles Edward Jeanneret’s Wybalena estate, one of numerous houses built for rental by the Jeanneret family. C.E. Jeanneret died in 1898 and his widow Mrs Julia Ann Jeanneret of Wybalena, 22 Woolwich Road, owned the house until 1917 when it passed to her daughter Mrs Ida J. Michelmore. The name Elsmore was adopted from 1903 when Sands Directory lists William Birnie as the resident. The house has undergone several changes over the years including the addition of an upper storey, but its essential character remains evoking early Hunters Hill – a house of rusticated sandstone with long bay windows, decorative woodwork on the verandah, stained glass around the front door and a stone fence. Its asymmetrical roof line shows the transition from Victorian to Federation architecture.