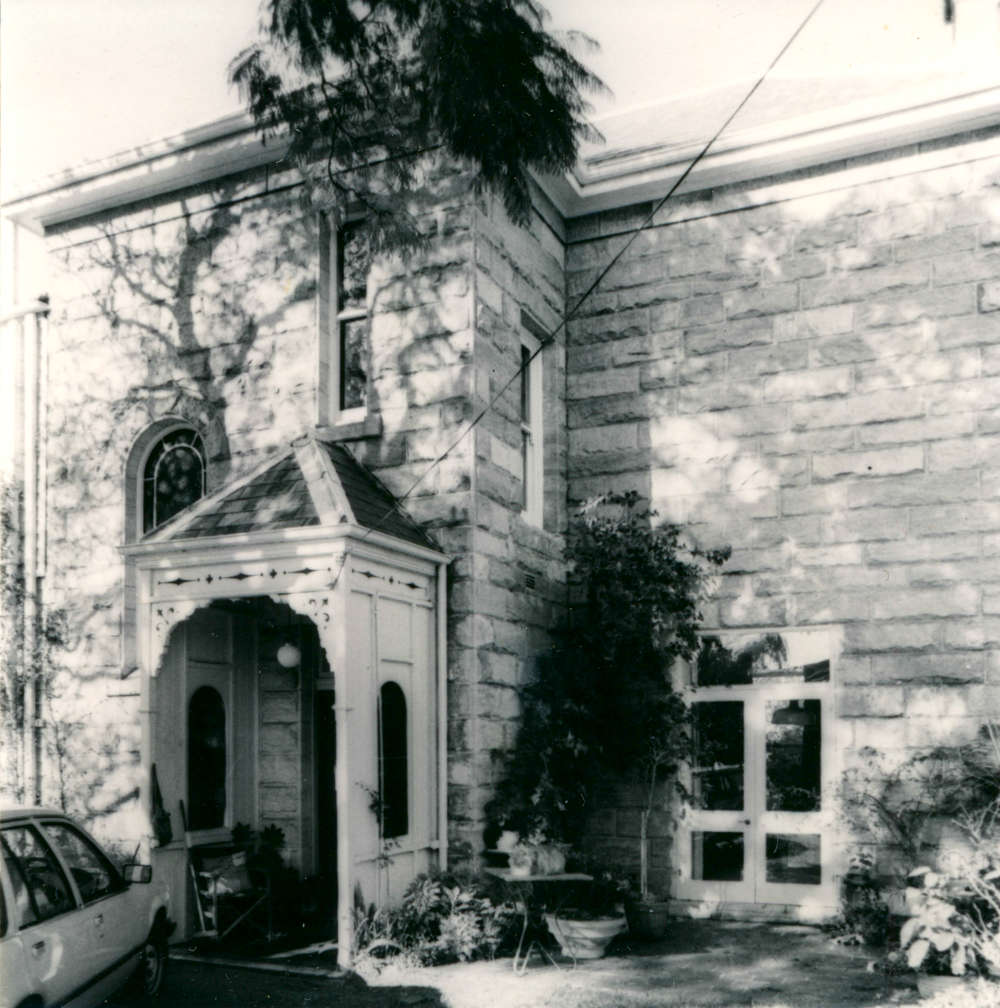 By 1890 C.F.M. Michelmore lived in a five-room stone house and kitchen, at that time bearing a Woolwich Road address. He was married to Ida Jane Michelmore, third child of Charles Edward Jeanneret. In 1900 I. Michelmore and E.S. and A.E. (presumably her brothers Edward Sinclair and Alfred Ernest) Jeanneret were living here. The iron lace on the balcony bears the registered pattern number and the year 1888; the year the pattern was registered would predate the casting of the lace and its installation. R. Barker occupied the house between 1913 and 1918, then Captain Hildebrandt, the Harbour Master, bought the house and added rooms for his family of nine children. In the Depression he converted the house into two flats and is said to have burned the cedar staircase. The camellia and jacaranda trees in the garden are reputed to have been planted by Jeanneret when the house was built. The front door has etched glass with Australian birds and flowers and the name Glenrock is etched in the fanlight.