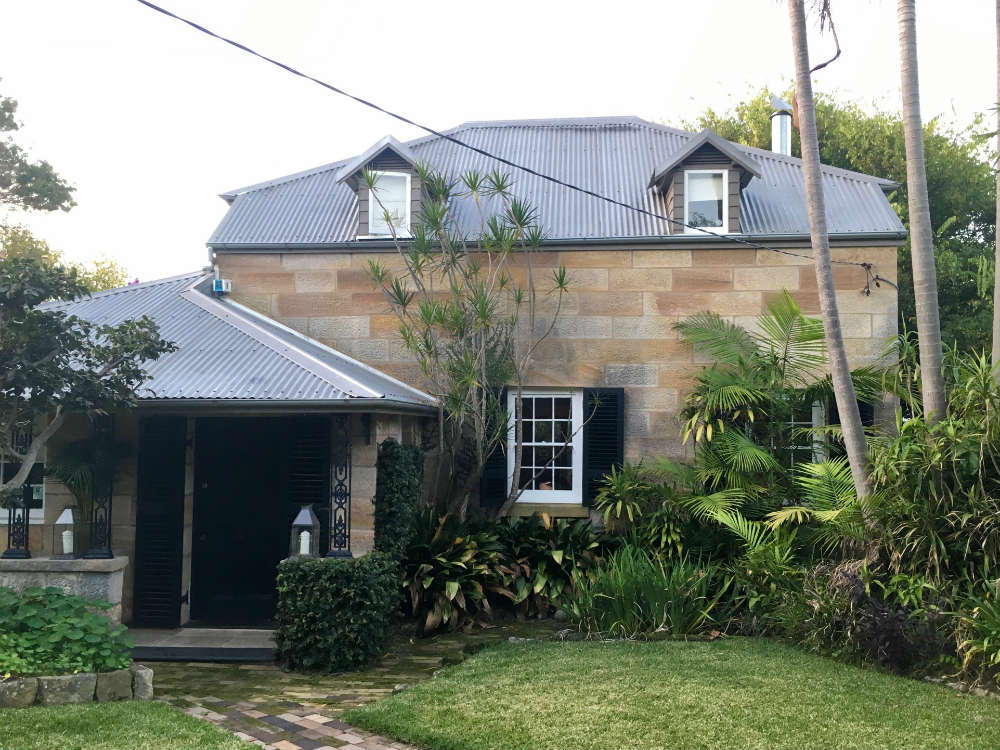 This is a rare survivor of an early Hunters Hill outbuilding for one of the original marine villas. The main components of the building were constructed in or about 1861, as part of Clarence Villa, by William Campbell.  Campbell purchased the two Madeline street blocks from Jules Joubert to enlarge his estate. This unusual building was likely the “stone stable, stone store and a room adapted for a schoolroom” referred to in a sales notice in 1868 in the Sydney Morning Herald. The functions were housed under one roof. It remained empty for many years until it was remodelled as a dwelling in the late 1950’s early 1960’s.