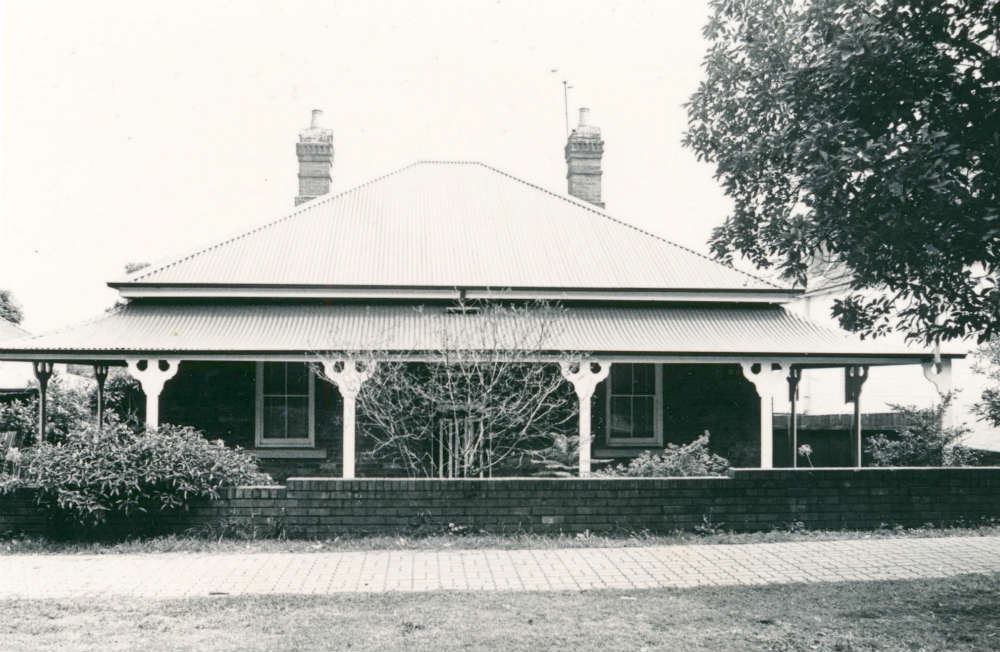 This land owned by Thomas Salter (see Salter Street) was purchased in 1879 by Lawrence Kelly. Kelly also owned 28 and 30 Ferry Street in the 1880s, but as the three houses exhibit different styles and materials, they do not appear to have been built by him. The house, built c1880, with its wide bungalow form and wrap around verandah so close to the street, makes an unusual architectural contribution to this part of Hunters Hill. It was purchased in 1893 by Amelia Parcel, wife of gardener Thomas Parcel, whose daughters ran a cake shop at 20 Ferry Street. Sands Directory in 1901 lists Thomas Parcel, tobacconist, in Ferry Street. The property was transmitted to a son Henry Parcel and then to F. Ambrosoli in 1919.