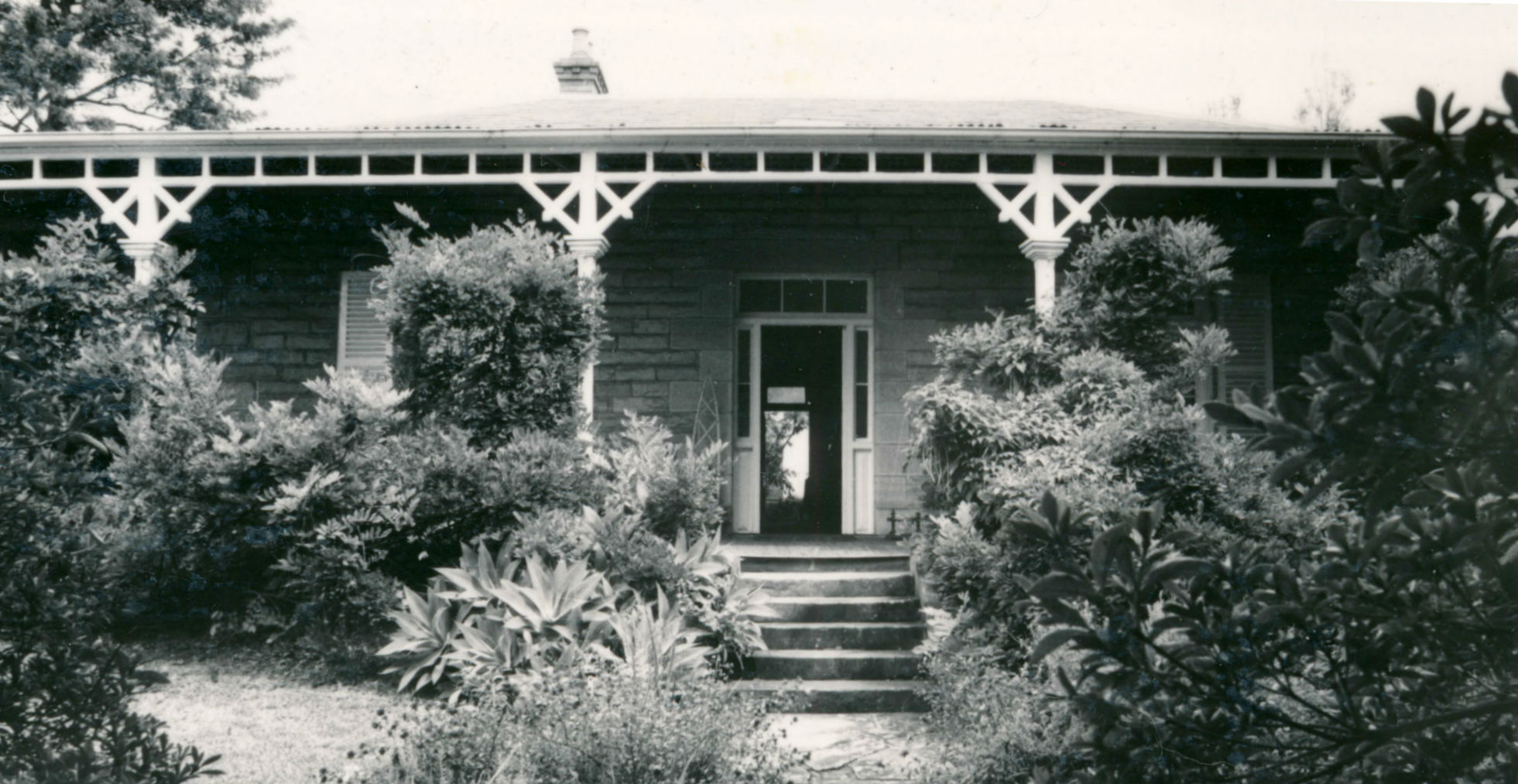 In 1896 Alfred Randall built this, his second of three homes, next to Saintonge. Kaoota was built as a simple four-roomed stone house with verandahs, but with a stone studio at the back for his brother-in-law, artist W.C. Piguenit. Kaoota remained in Randall ownership until 1917-18 although tenanted after the first year. In 1918 the house was bought by John Edwin Branch who, as an artist, was attracted to the house by the studio. William Orchard, a Director of the Conservatorium, rented the house and Dame Nellie Melba sang in the front room. In 1939 the Hindwoods bought Kaoota and over the years the garden has quietly enfolded Kaoota in an atmosphere of peace. Many of the early houses had aboriginal names and Kaoota was understood to mean ‘eventide’.