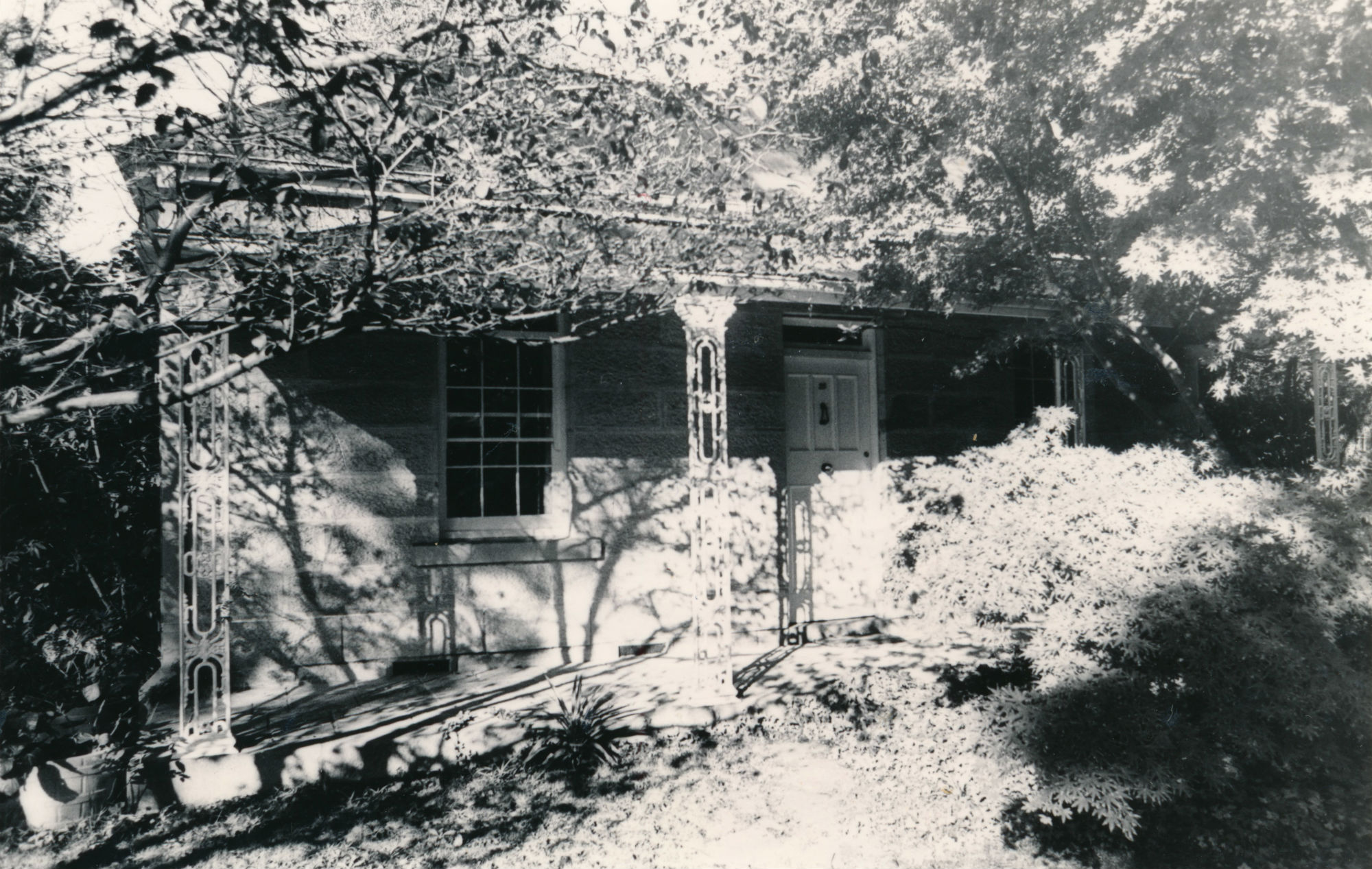 This house was built in the 1870s on Lot 5 of the Joubert sub-division, being part of 18 acres 2 roods (Portion 108 of Parish) granted to John Roby Hatfield by Crown Grant on July 12, 1839. The initials J.Q. are chiselled in stone on the southern wall of the kitchen wing, which suggests that John Quirk, quarryman, built the house. From 1871 John Quirk owned and occupied a stone cottage and land in Madeline Street (next door at 27 Madeline Street) and Mrs Elizabeth Quirk owned both cottages and another in Alexandra Street in 1892.