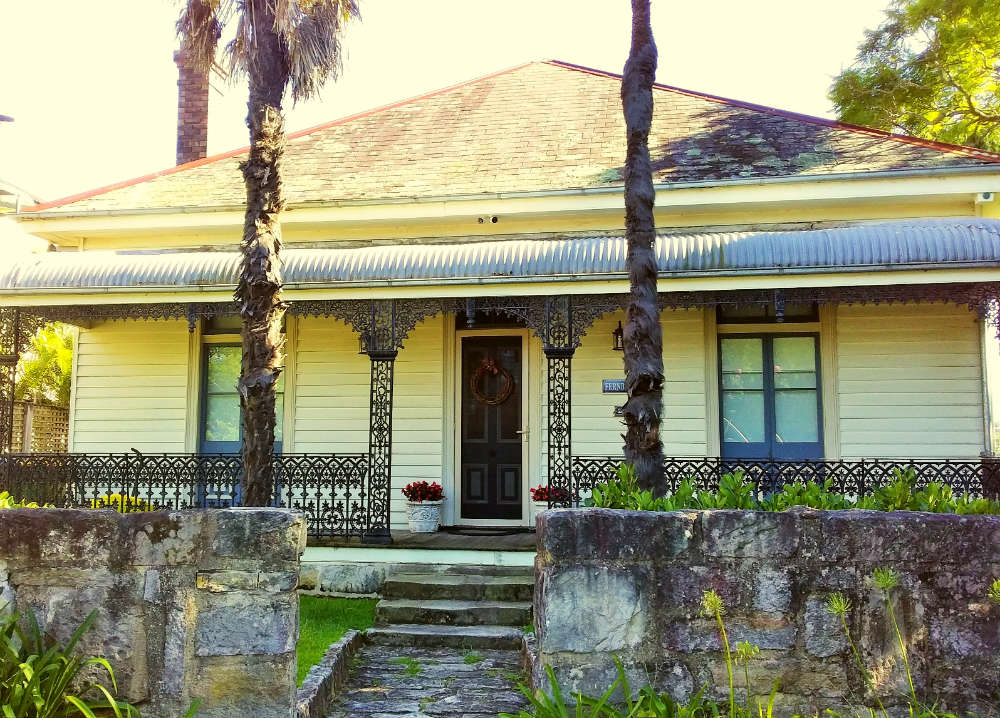 Built and occupied in 1881 by Lyndon B. Carpenter, this was a nine-room stone and timber house with a four-room cottage on 6¼ acres of waterside land. He called it Kiltalowan by 1900 and in 1924, when it was owned by Miss Emily F. Clarke, it was called Fernbank. Lyndon B. Carpenter had occupied William Clarke’s wooden house and land off Woolwich Road, which was also called Fernbank.