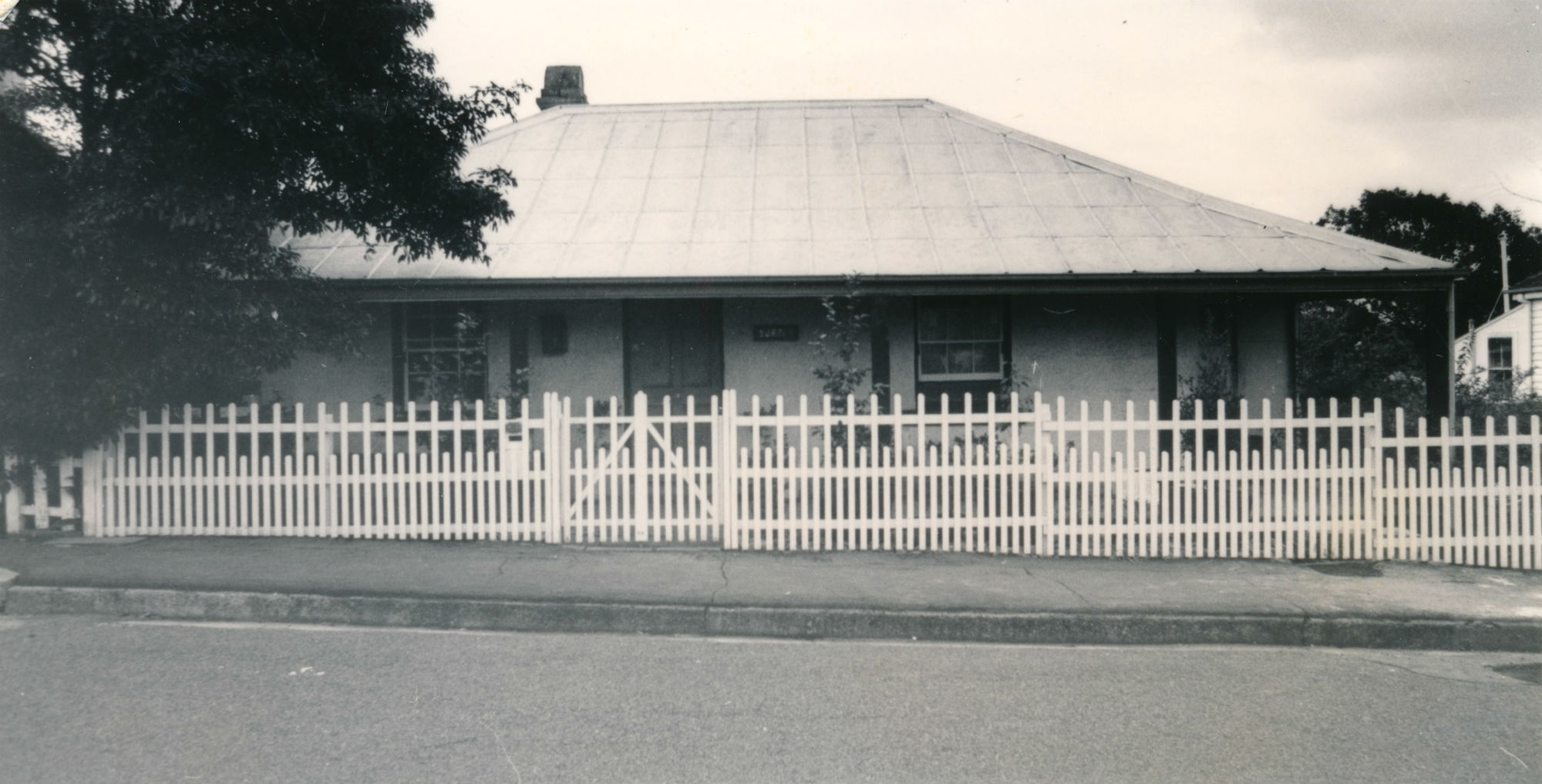 This house may have been Robert Bateman’s hut of about 1840 (other possibilities are 16a and 52 Batemans Road or the hut mentioned on John Reeves’ property). Charles Little, who owned adjoining land when the first rates were assessed in 1861, bought this in 1866. It was then Lots 10 and 11 of the Turner subdivision. In 1873 he sold to Mrs Earnshaw, who rented it out. In 1887 Robert Thornleigh Earnshaw of Glebe, a minor, sold the property to James Smith butcher (nicknamed Hoppy, supposedly after breaking his leg at Lambing Flats gold fields). In 1943 Surrey was sold by the trustees of Smith’s estate for 30 pounds. The house originally had dirt floors and still has the shingle roof under the present iron one.