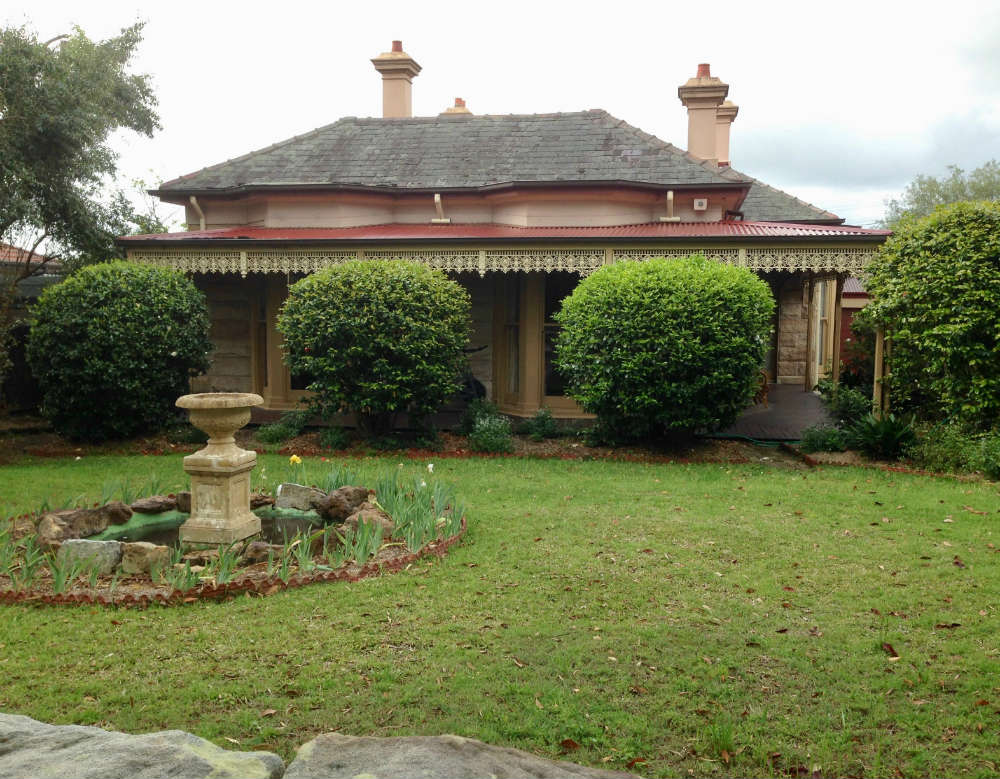 ln 1874 the land owned by Charles Edward Jeanneret was bounded by Woolwich Road (500 feet), Crescent Street (100 feet) and included all of Futuna Lane. He built this smaller house in 1895 as some of his eleven children were already married and four sons had settled on a farm on the Richmond River. The Jeanneret children referred to it as ‘the little Wybalena’. The name Wybalena was a tradition of the family since the time when Dr Henry Jeanneret (Charles’ father) heard it from Truganini in Tasmania and learned that it meant ‘Black fellow sit down here by campfire’. It is characteristic of the later houses built by Jeanneret, with long bay windows, the bay repeated in the verandah line, rusticated sandstone, iron lace, moulded chimneys and stained glass decoration. Nearby houses were built by him at about the same time (27 , 29, 30, 48 Woolwich Road, 5, 7 and 9 Futuna Street) and he still owned Wybalena in Jeanneret Avenue, which was heavily mortgaged when he died in 1898. His widow, Mrs Julia Ann (Bellingham) Jeanneret, lived here until her death in 1919 and the house remained in the Jeanneret family until 1941.