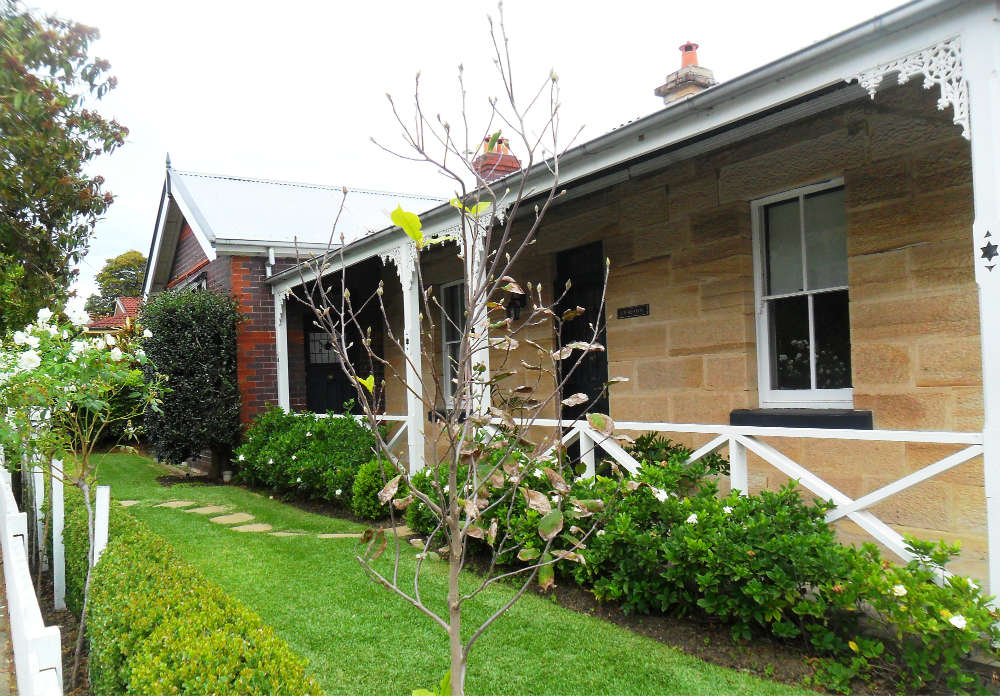 The First Certificate of Title of the land was granted to David Powell in 1866, transferred to Mary Earnshaw (nee Poyntz) in 1867. On her death in 1879, the land passed to David Poyntz and then to James Bell. The house presumably was built by Bell, hospital attendant, who appeared in the Electoral Roll and Sands Directory in the early 1880s. The house was listed as Amelia Cottage from 1912 to 1914, and as Laureston in 1916. The original front verandah was replaced and heightened in 1917, when a brick addition was built. The large sandstone blocks outside the verandah were the foundation stones of a hut that stood for some sixty years on the site of the present verandah, over a well.