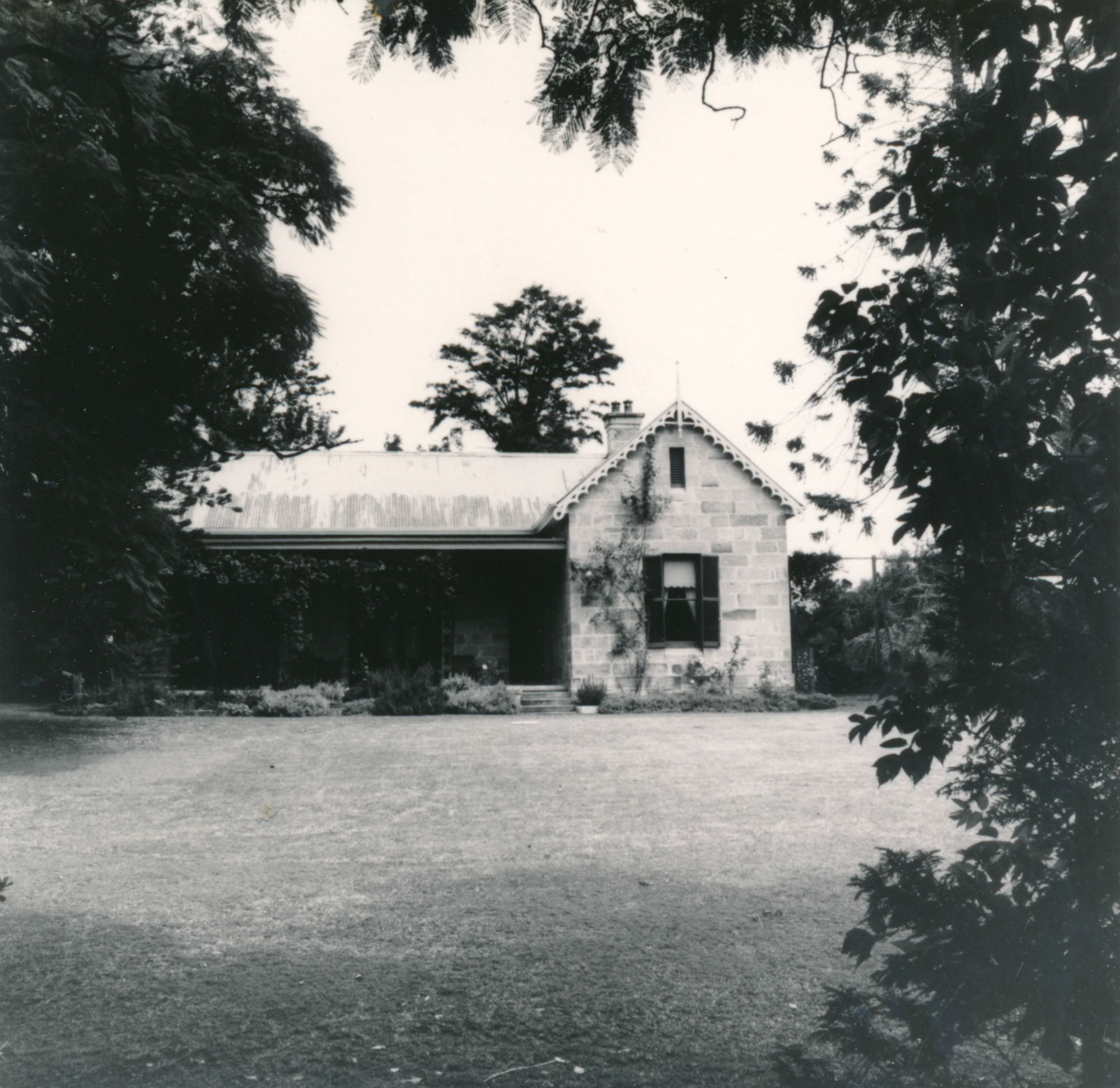 Didier Joubert built this house in the late 1870s and until 1886 it had a Ryde Road listing. The earliest section is the two room stone wing to the south which would have formed a separate dwelling. It is situated on Lot 43 of Joubert’s Fig Tree Farm estate and remained in the ownership of his family until 1941. Mr Drinkwater was the first of many tenants in 1879, and later occupants included Percy Levick, Martin Kirwan, solicitor Henry Bingham Thomas and Noel Davies. A two-room timber outbuilding is set in the large gardens and possibly predates the stone house.