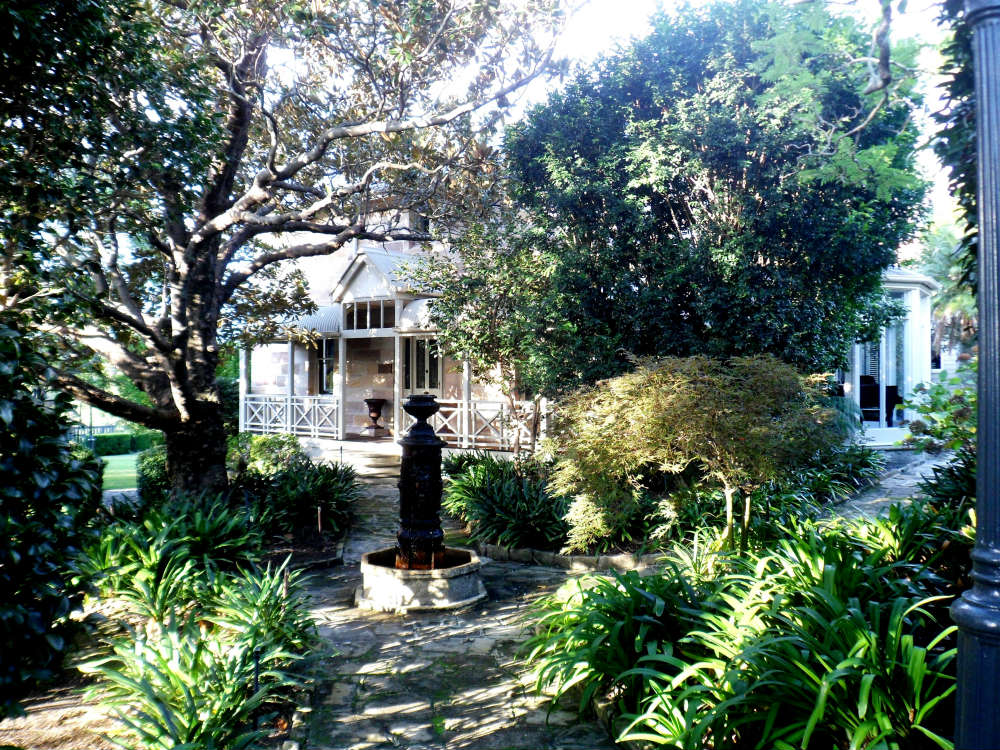 Alfred Weeks, warehouseman, built the initial part of this stone house in 1876 overlooking the Lane Cove River, described as Off Madeline Street. The land had belonged to Melchior Vial D’Aram in the previous year. In 1880 its address was given as North Parade but in 1886 as Ferdinand Street. One of Weeks’ daughters married Louis Alfred Meyers, Mayor of Hunters Hill (1926-7, 1936-9) and they lived here. Several extensions have been made, one of four rooms before 1886. Professor A.P. Elkin, professor of anthropology at Sydney University, lived here 1934-56.