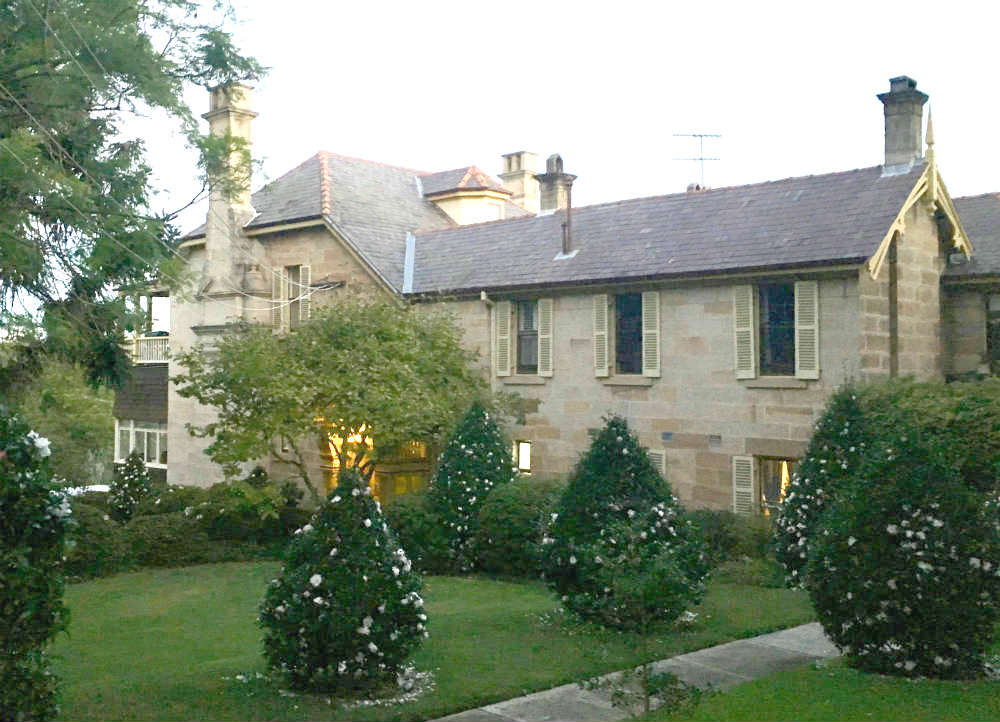 The land on which this house is built was vacant in 1862 and belonged to Ambrose Foss. Gabriel de Milhau built the initial part of this house, a small cottage, and lived here in 1864. In 1866 he let it to William Owen who in 1869 built Ellesmere in Foss Street. Charles James Manning, barrister and later Supreme Court Judge, lived here in 1872. During 1881 the west wing was added. The house was then known as Sans Souci. In 1891 the eastern rooms were enlarged and a balcony added. The entrance porch also appears to be of that date. At his death in 1898, Charles Manning’s widow moved to 19 Alexandra Street, taking the name Merilbah with her. Merimbah has been converted to units without noticeably altering the external character of the building.