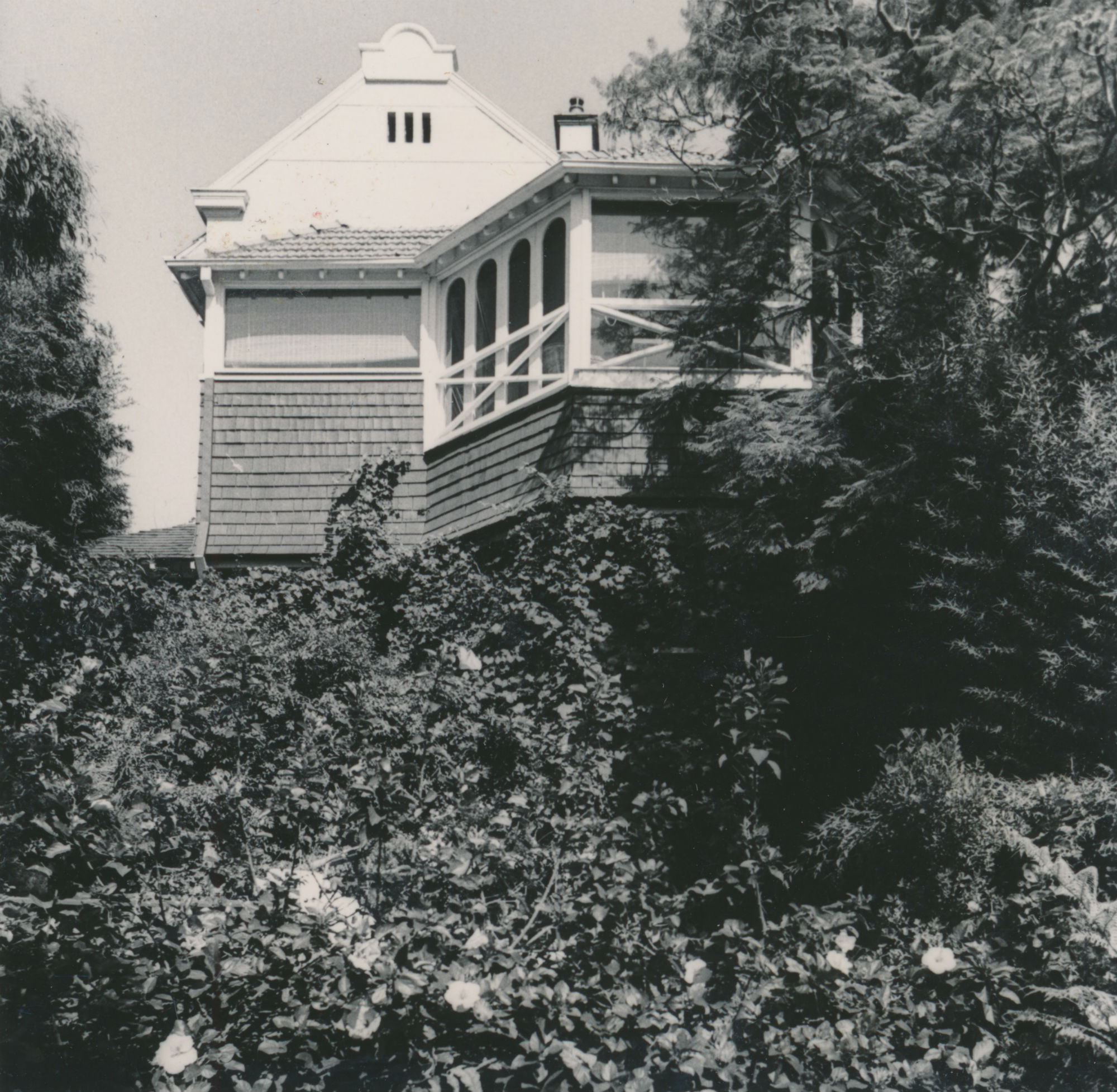 This house was probably built after 1904 by Charles Ormonde Smithers as his first house after his marriage; he was listed in Kialla first in 1909. The house was sold to Earle Bennett in 1912 and passed to his daughter Norah Taylor, who lived here until 1972. The house was turned into flats in the 1960s but has been returned to use as a family home.