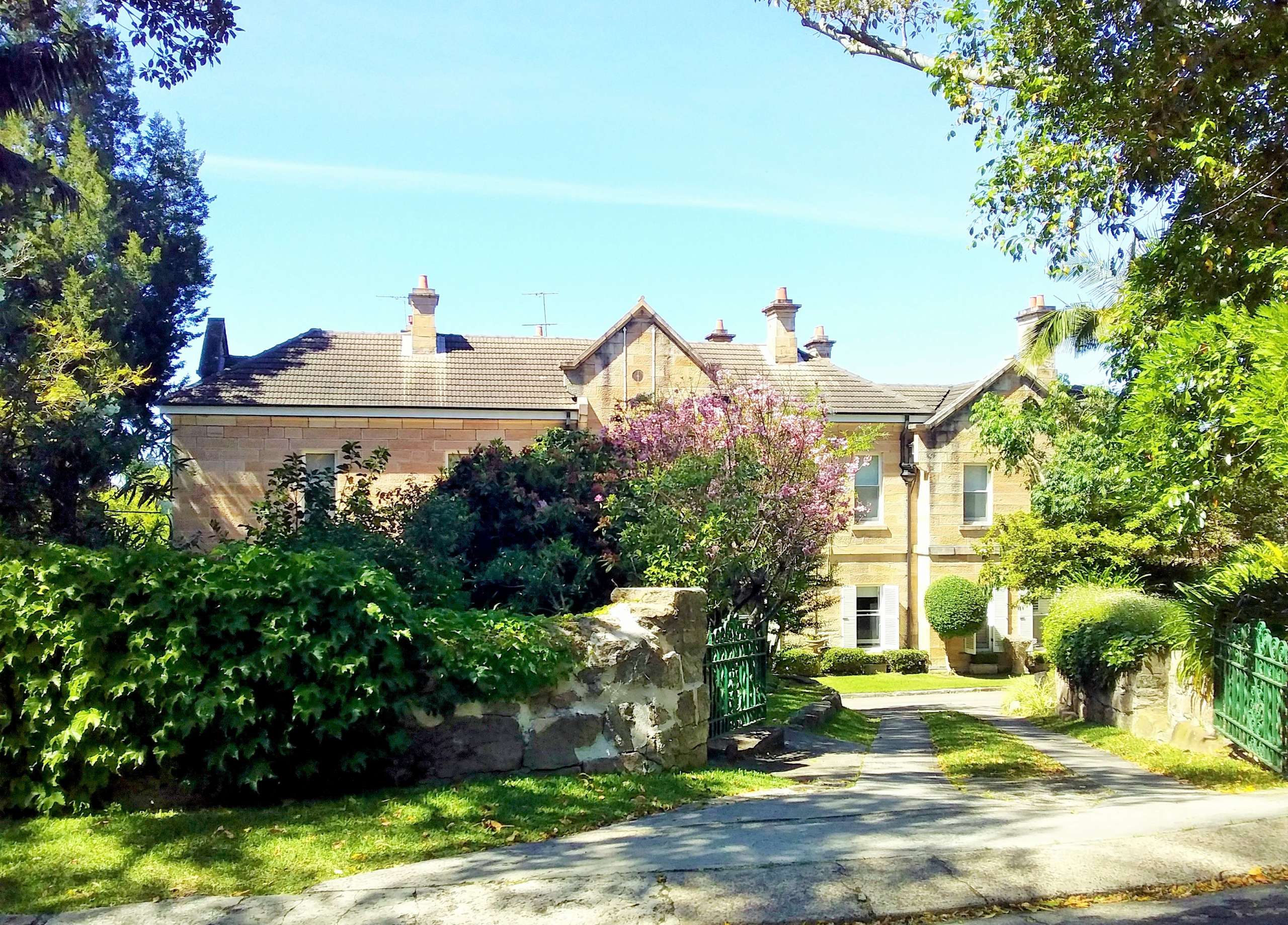 William Owen, barrister and later Judge, Sir William Owen, moved from 21 Alexandra Street to this new house during 1869 and he and his family lived here until early in this century. He named his house after the family property Ellesmere at Whitley in Shropshire. The house was enlarged in 1888 and the initials W.O. and the date were carved over the door. Thomas Parcel, gardener, was employed here. The property, which was subdivided in 1915, once extended to the water at Lukes Bay and included both sides of Ellesmere Avenue.