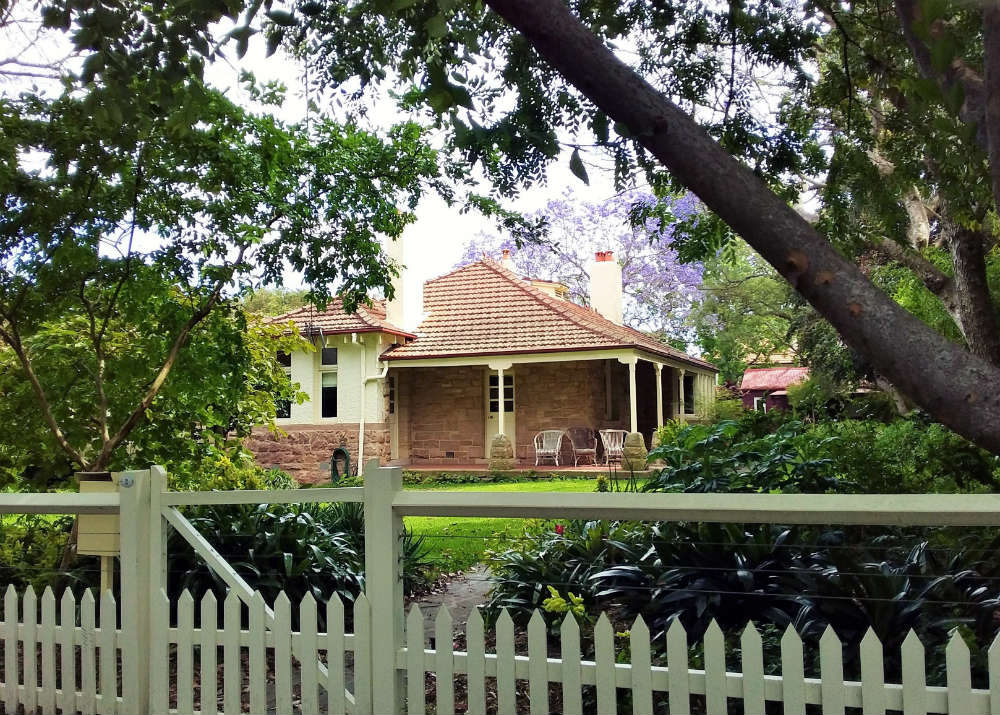 This is one of six houses in this area designed by Henry Budden and built around 1900. Robert Stobo lived here from 1902 and called the house Wirringulla from 1906. The house is still in the Stobo family. The picket fence is characteristic of this period and style.