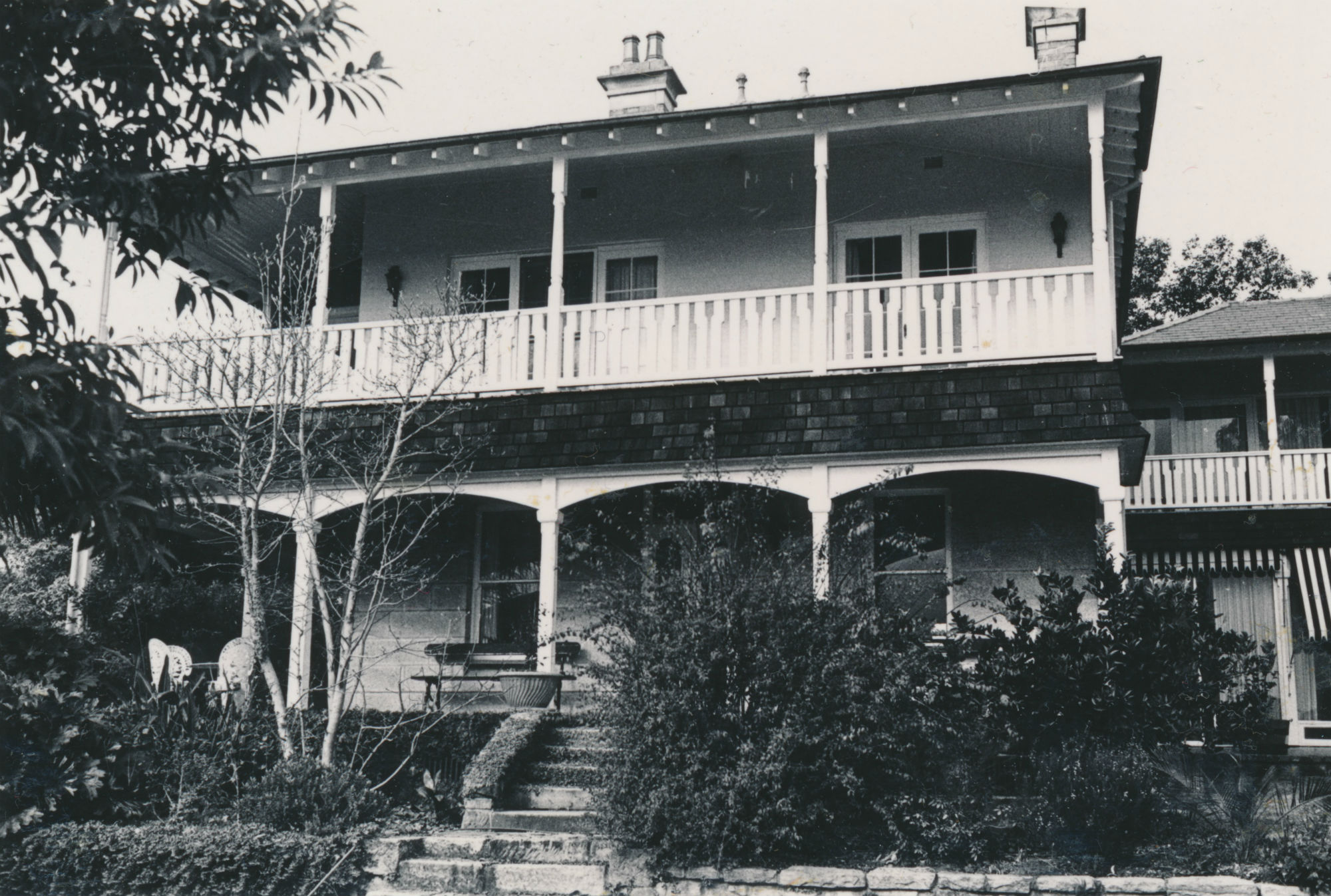 In 1876 William John Turner owned bushland on the Lane Cove River valued at £100. It had been part of D’Aram’s land until the previous year. By 1879 Turner was living in Woodbank, a small stone cottage, and he was here until 1891. In 1892 Mrs Turner was listed as the occupier of the four-room stone house. Some time later a brick upper storey was added possibly by Mr Wells who was the next owner. A two-storey stone wing was also built where the garage and kitchen once stood. Some of the stone for the additions came from Waverley College and some from a Balmain cottage. The house faces the water.