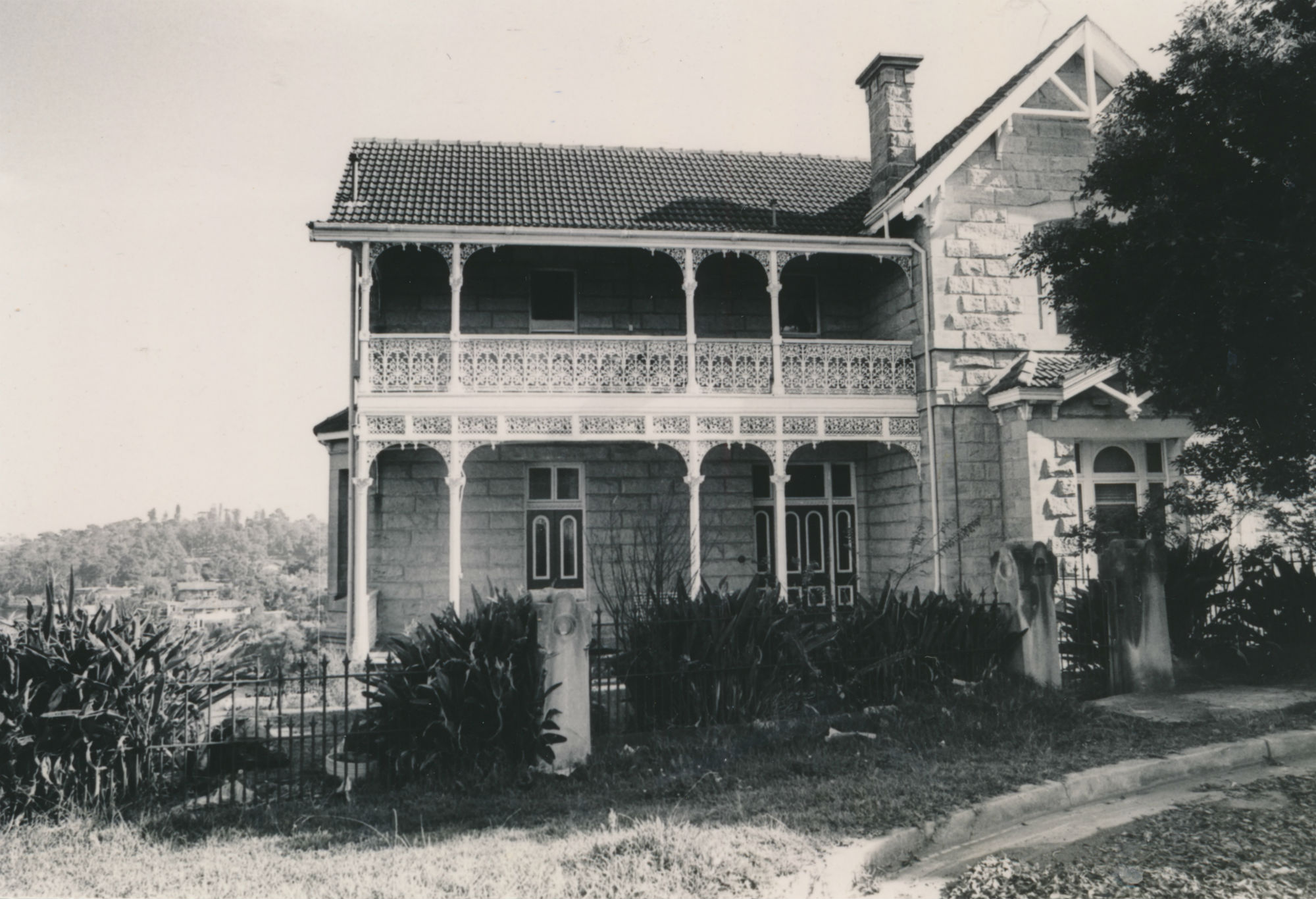 George Durham, accountant, was first mentioned in Sands Directory as living here in 1876 when it was called Riverview and the address was Church Street. With strong ties to the Camden Congregational College in Glebe, he contributed £500 to the construction of Hunters Hill Congregational Church in Alexandra Street. When the formal laying of a foundation stone occurred in 1875, the public school opposite had been open for five years. The Church and school complement each other in design and scale suggesting a contemporary connection and its schoolmaster, John Dobbie, was a friend and fellow Congregationalist. By 1890, Sands Directory lists Mrs Anne Durham and Alfred Durham, clerk, living in Euthella in Joubert Street. In 1904 the house and 3 acres of grounds were advertised for sale, noting frontages to Tarban Creek, Joubert and George Streets. The name Euthella was changed to Villa Euthella in 1910.