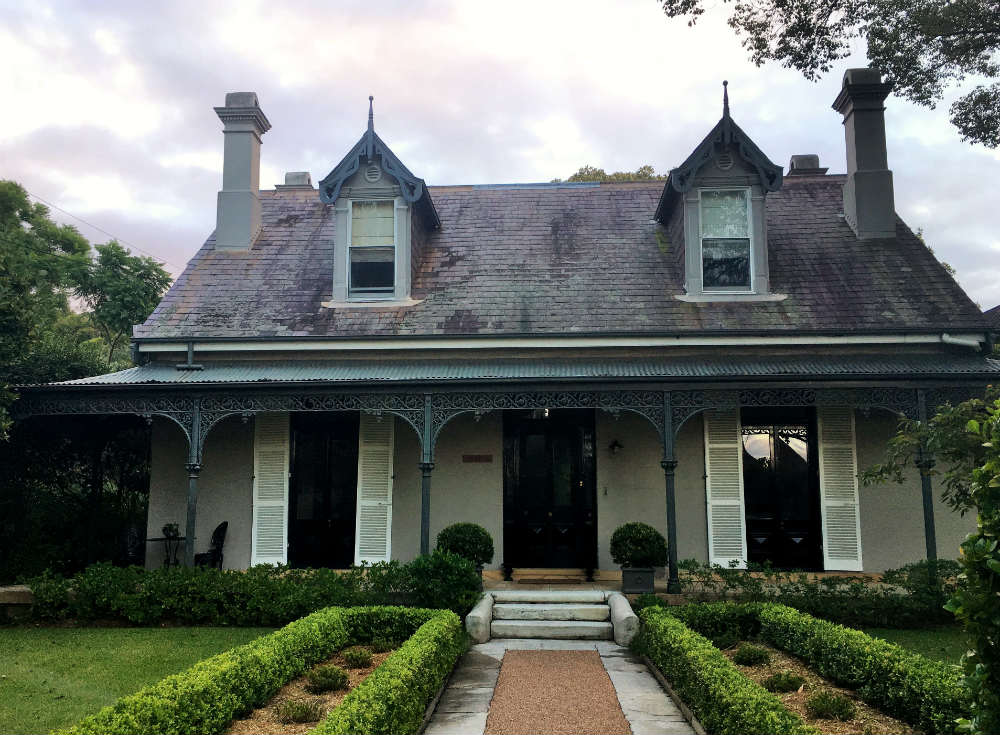 This house was built in about 1883, occupied first by Robert Lenehan in 1884, and it remained in the Lenehan family until 1920. It is one of the many houses in Hunters Hill to have associations with the legal profession; several lawyers have lived here, including Robert William and in more recent times, Judge Martin, who lived here with his family from 1942 to 1971. An early name of the house was College View; it was first listed in the Sydney Sands Directory as Daybreak in 1924, when it was occupied by Mrs J.W. Hayne. The house is built of 9-inch sand-stock bricks, cement-rendered, painted and lined to simulate stonework (a common practice in the 1880s). There is a stone foundation and slate damp course. The architecture shows a mixture of elements, though Victorian Gothic is dominant, seen in the steeply pitched roof, dormer windows, ornamental bargeboards and finials. This combines with the use of iron lace, elaborate mouldings, beading on the chimneys, French doors and shutters to create a romantic effect. The still spacious grounds contain one of the few remaining fig trees of Hunters Hill.