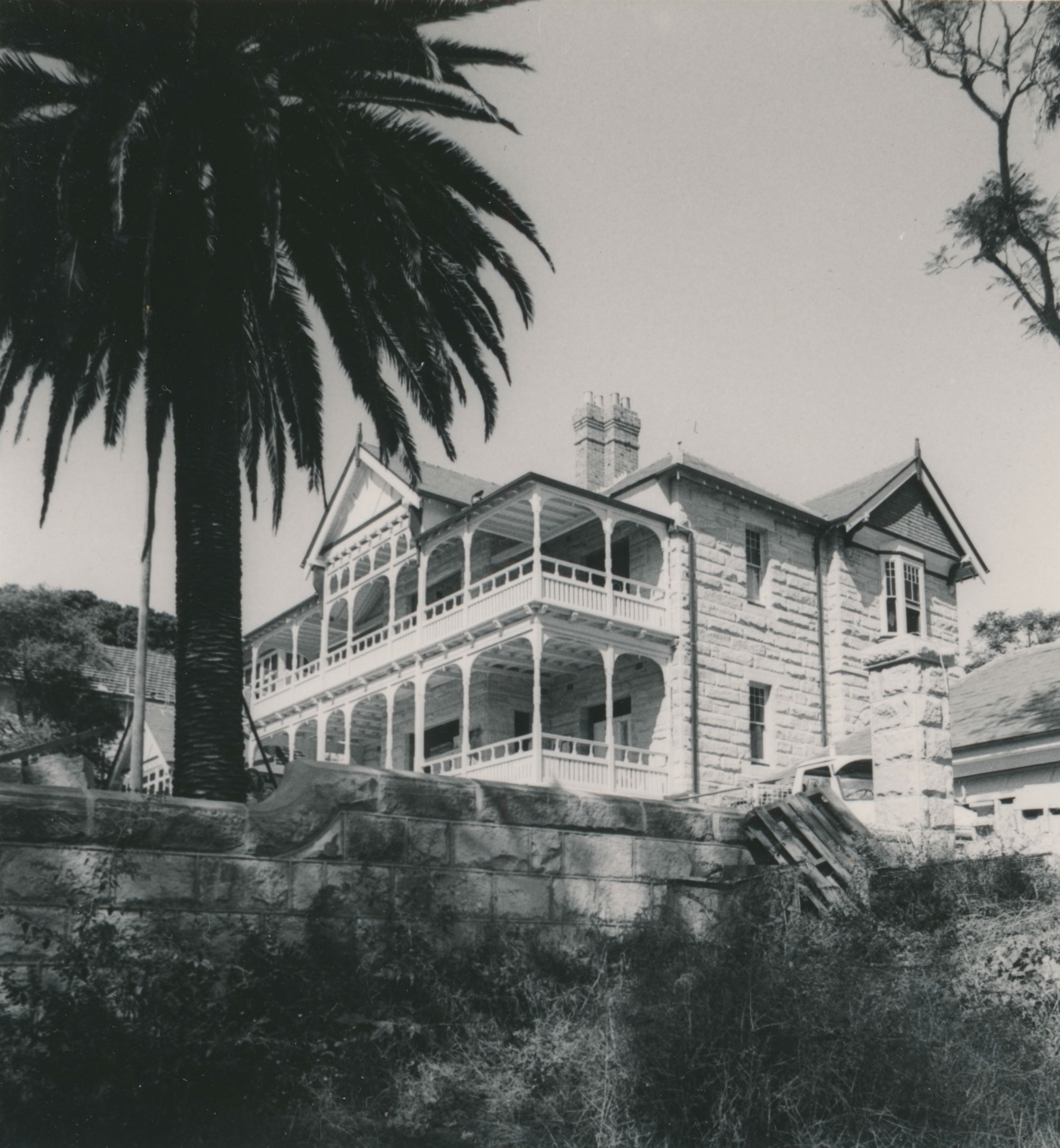 Robert Vining Gale, first Mayor, schoolmaster and later Town Clerk of Hunters Hill, lived on the western portion of this site by 1861 in Wansfell Cottage, a five-room timber house in what was known variously as Onions Point, Clarke Street East and later Woolwich Road. That cottage and another to the east were evidently demolished. The present house was built in about 1892 by Thomas M. Keddie, who had been a tenant in Woodstock. He called his new house Corinda and it was first listed in Sands Directory in 1894. It was let for several years until 1903 when it was bought by Arthur J. Kelynack, a leading King’s Counsel in Sydney, who lived here with his family until 1920 and changed the name to Vailele in 1915. He had a cottage built in the garden for his father-in-law Mr Houlding, said to have known Robert Louis Stevenson. The Samoan name Vailele meaning ‘running water’, was the name of a property near Stevenson’s Vailima in Samoa. A desire for picturesque effects, characteristic of the 1890s, is seen in the use of rusticated sandstone, shingles, an oriel window, stained glass and turned wood on the verandahs. In 1920 Arnold Best bought the house and converted it into flats. The house faces the river and was renovated and added to extensively in the early 1980s and is now a private residence.