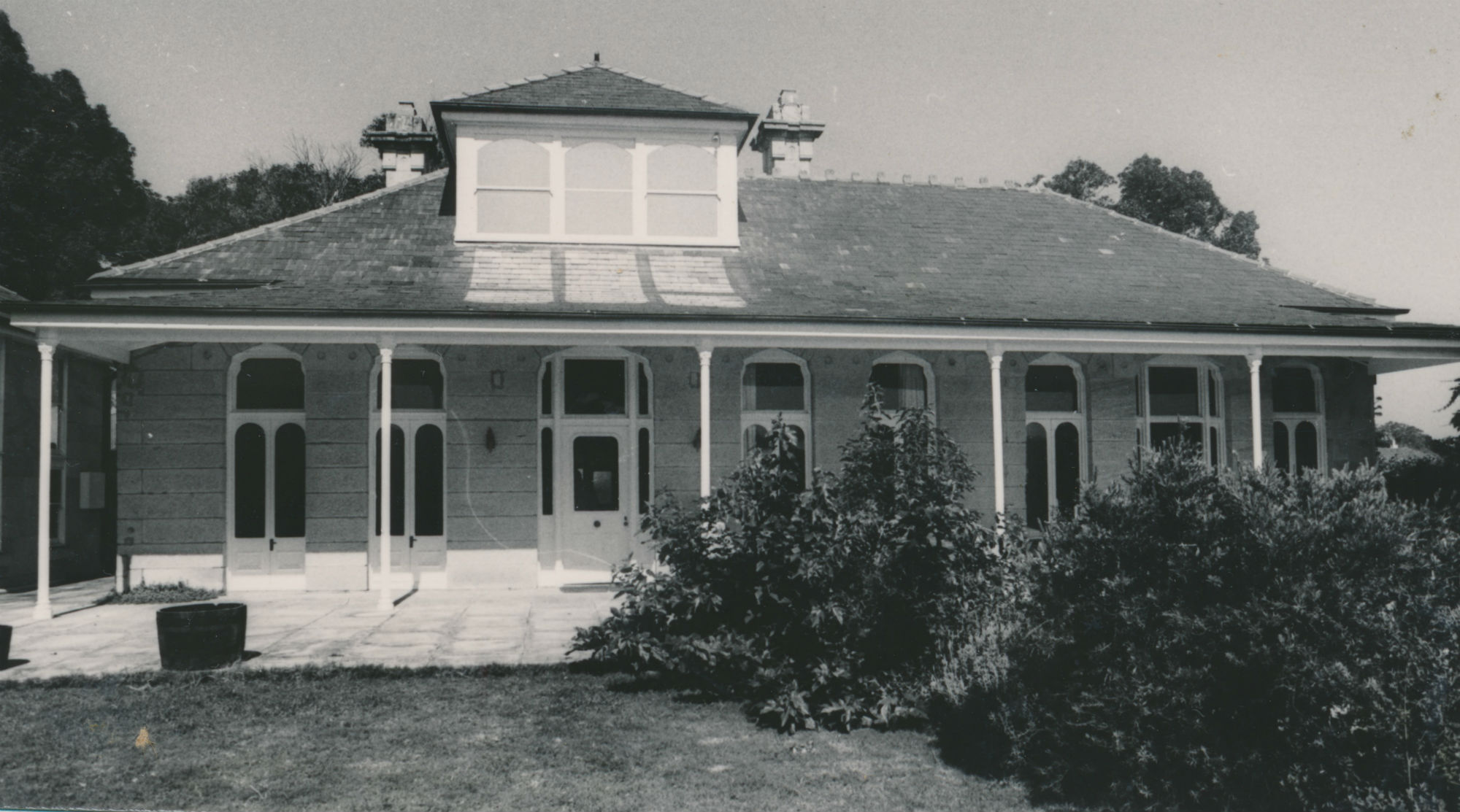 Arden Lea was first built as a four-room stone cottage, either by Didier Joubert, who purchased the land from Richard Hayes Harnett in 1816, or by Edward Butcher, who purchased the property from Joubert’s executor in 1881. By 1884 Charles Butcher, who had been a tenant of D.N. Joubert at Fig Tree Farm, owned and lived in an eight-room stone house. There was the usual reserve of 100 feet above high water mark along the Lane Cove River. The property was transferred upon the death of Edward Butcher in 1904 to Amy Margaret Aspinall, and in 1904 the size of the house was increased to fourteen rooms, surrounded by verandahs, substantially altering the appearance. Mrs Aspinall’s husband, Herbert John Aspinall, a Mayor of Hunters Hill, died in 1941 and then she lived on in the house until her death at the age of ninety in 1963. After the subsequent subdivision, the address was changed from View Street to Werambie Street.